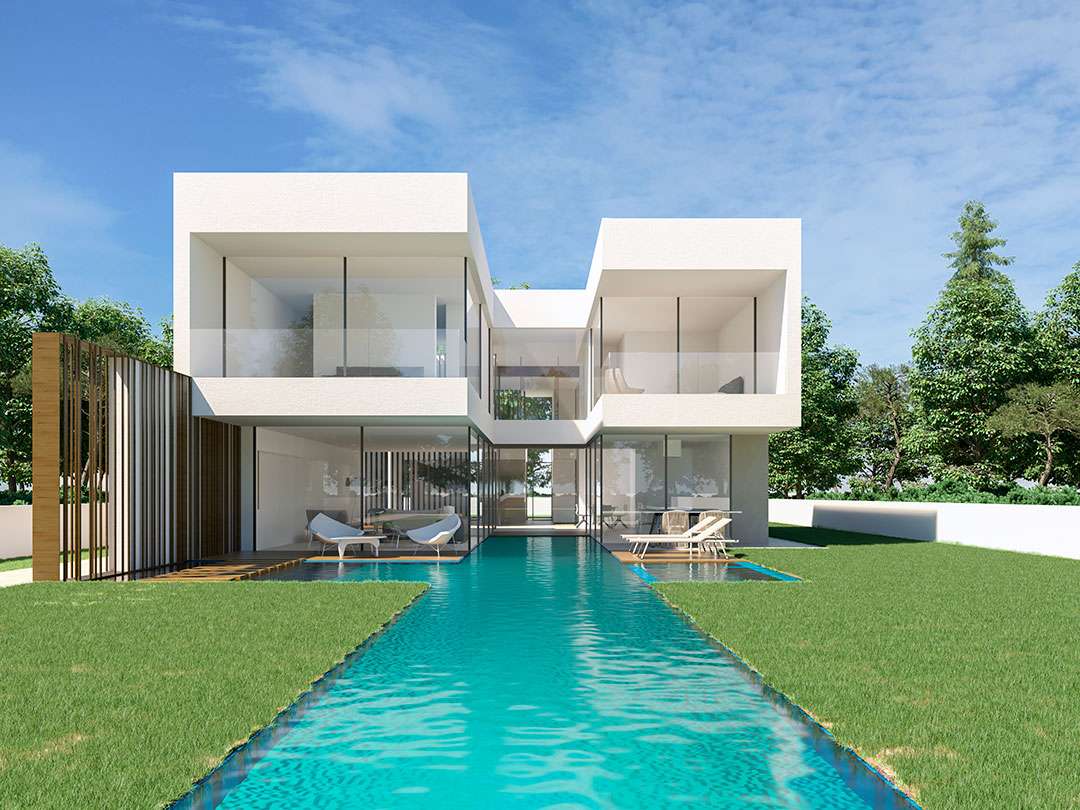 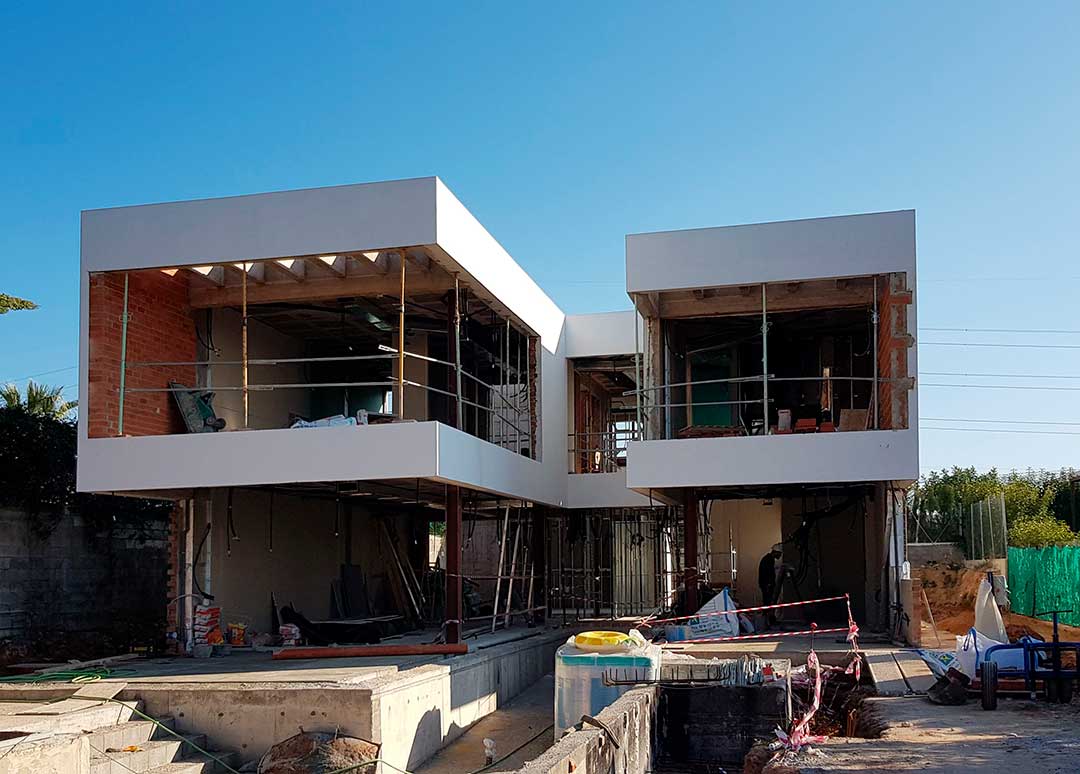 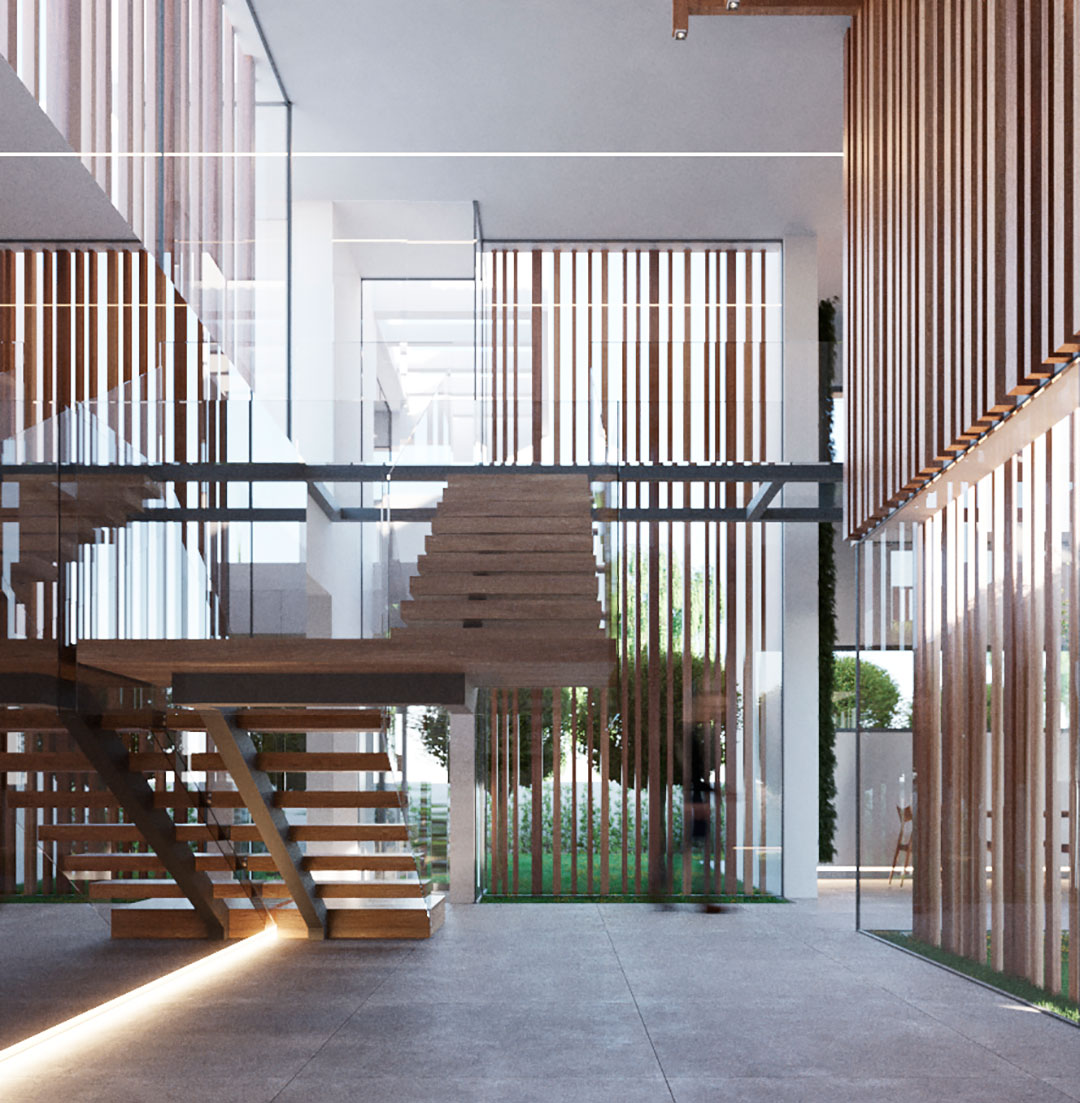 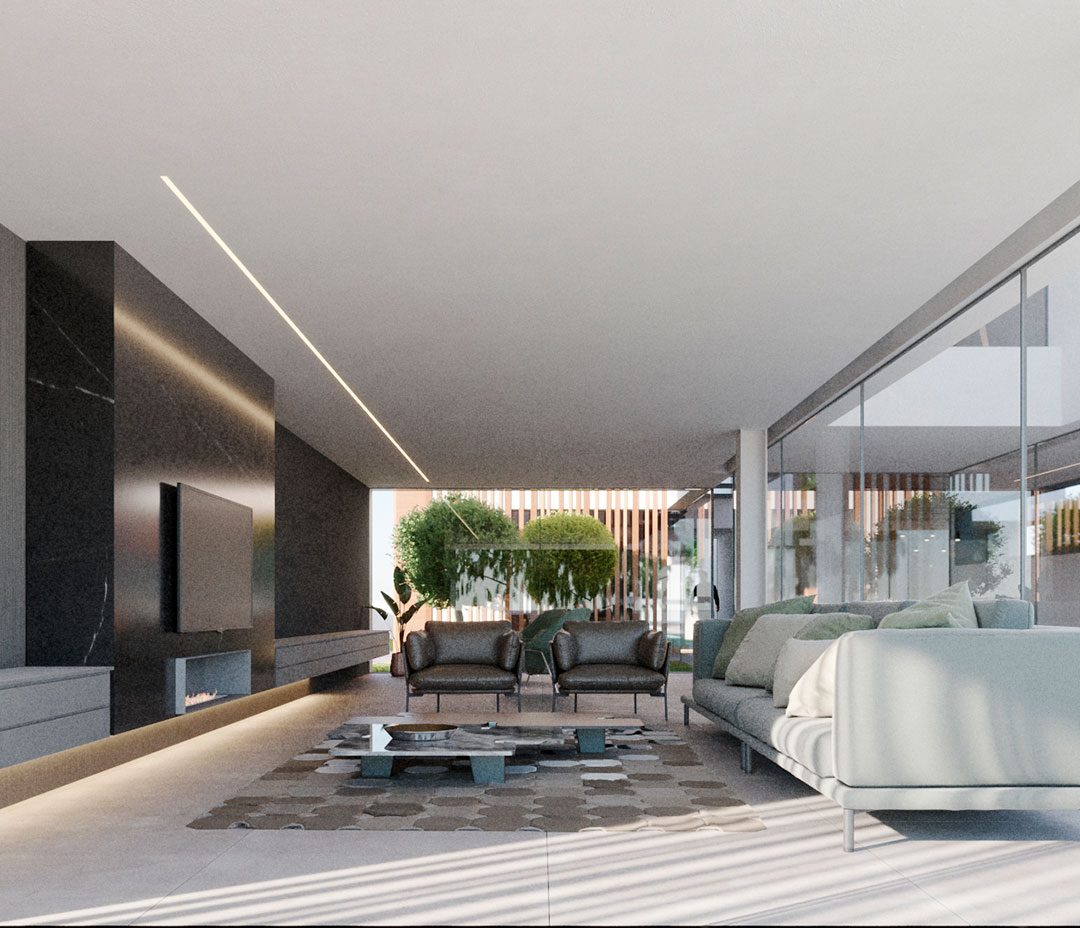 The commitment between cultures.

A couple living abroad, in an Arab country in the Persian Gulf. He is from there, she is from here. They agree to take up residence near where she is from, which means doing something that is a sort of compromise within two cultures. On the one hand, they want to make a series of nods to his culture (and ultimately the culture in which they have been living for almost 30 years and in which their daughters were born), but at the same time we are placing ourselves in a different environment, with a different language.

We chose, encouraged by him precisely, to make cubic and rounded volumes, since the client interprets it as the image of modern Spanish architecture. It is then when we wondered how to break into some element with which his culture can be identified, in a subtle but manifest way: the idea of the large pool appears then, the water as an identifying element, which crosses, breaks the volumes and practically enters the house. And that is the definitive image of the house: two volumes in white and glazed, separated by water.

The double-height spaces, the play between interior and exterior through courtyards and spatial relationships, and the nuance through a reinterpretation of traditional lattices, will be other elements that help definitively to establish that commitment, commitment between cultures.