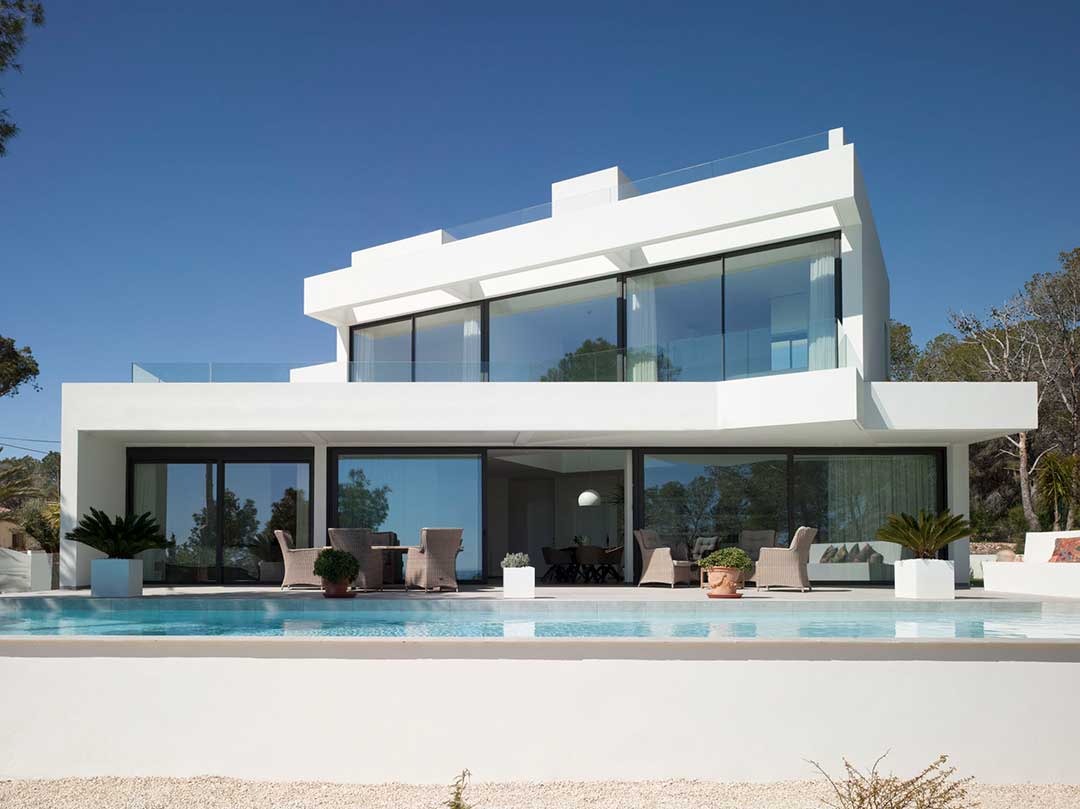 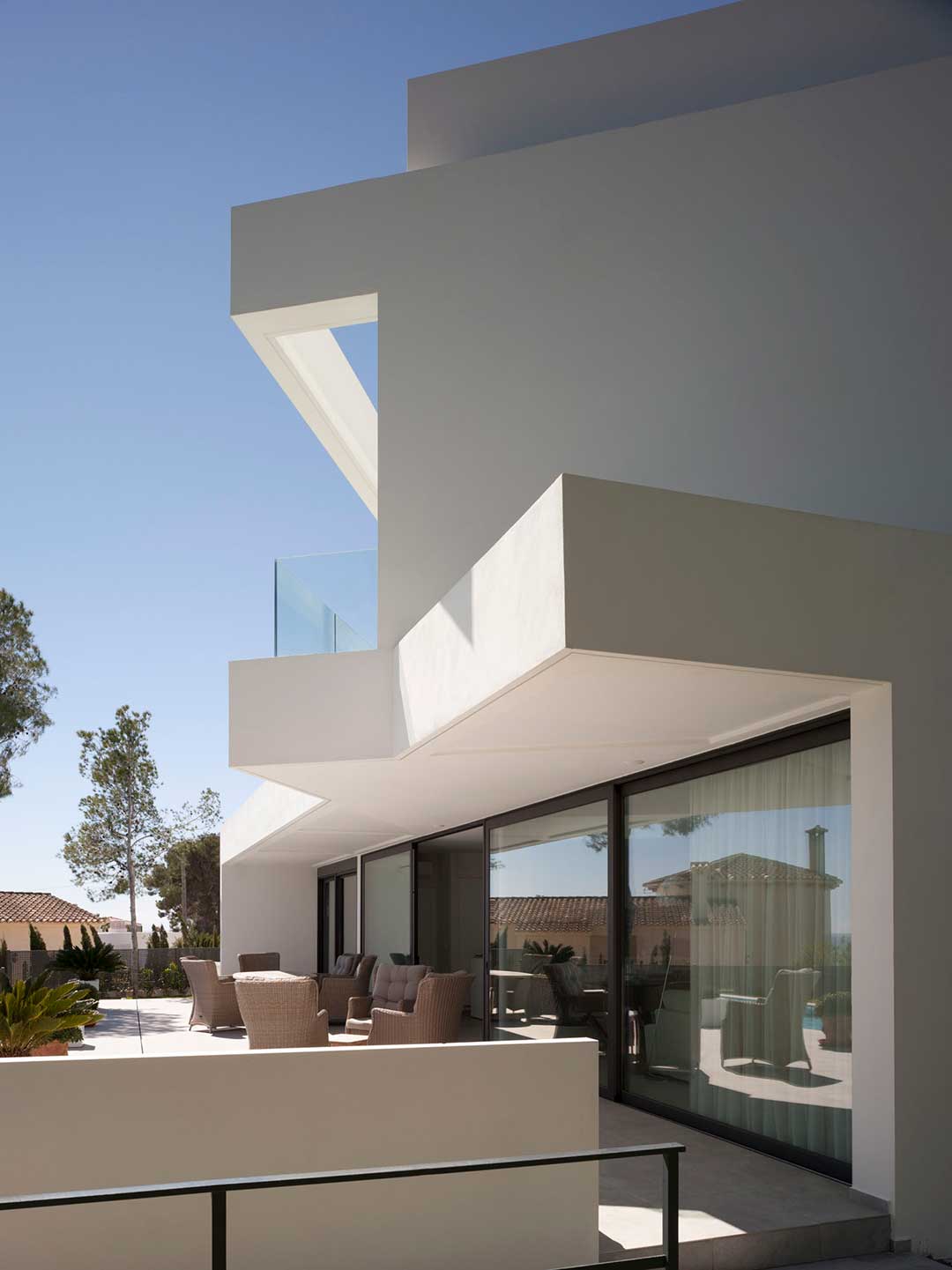 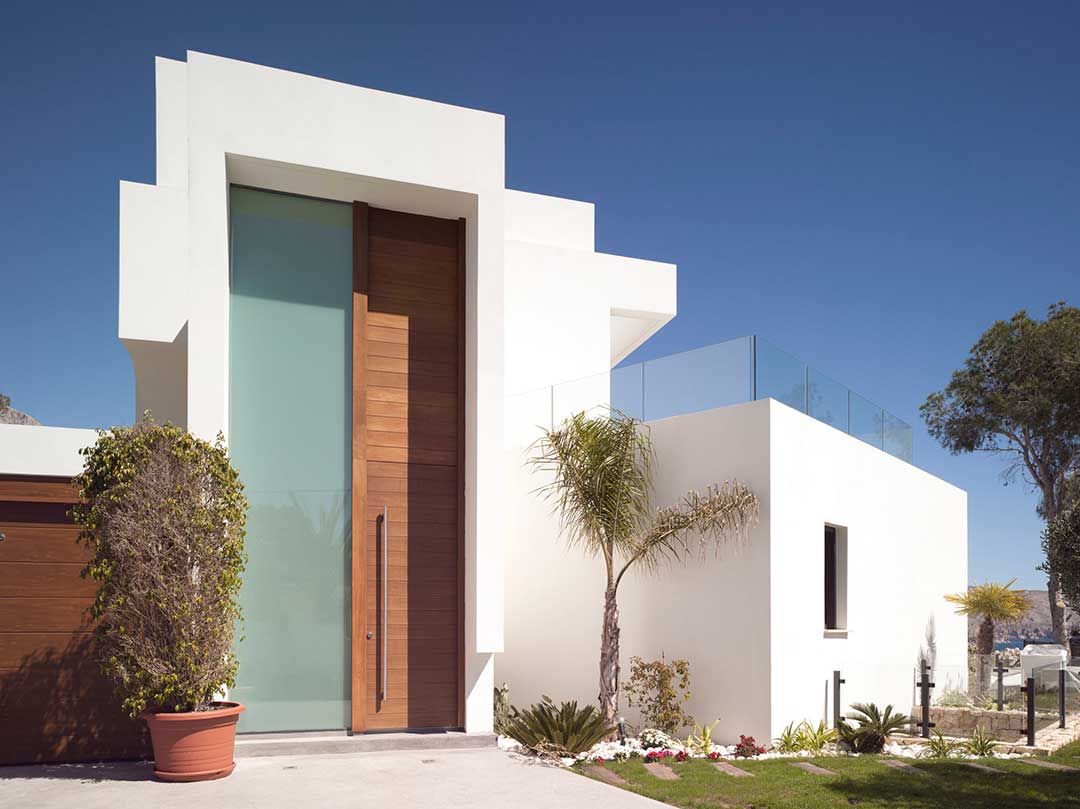 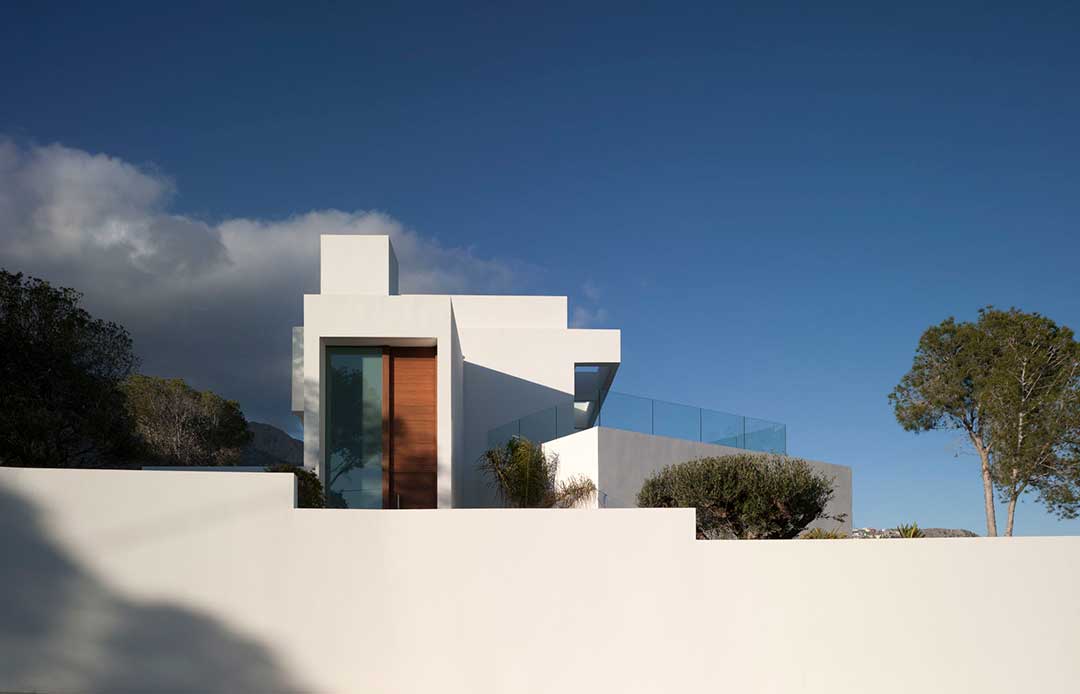 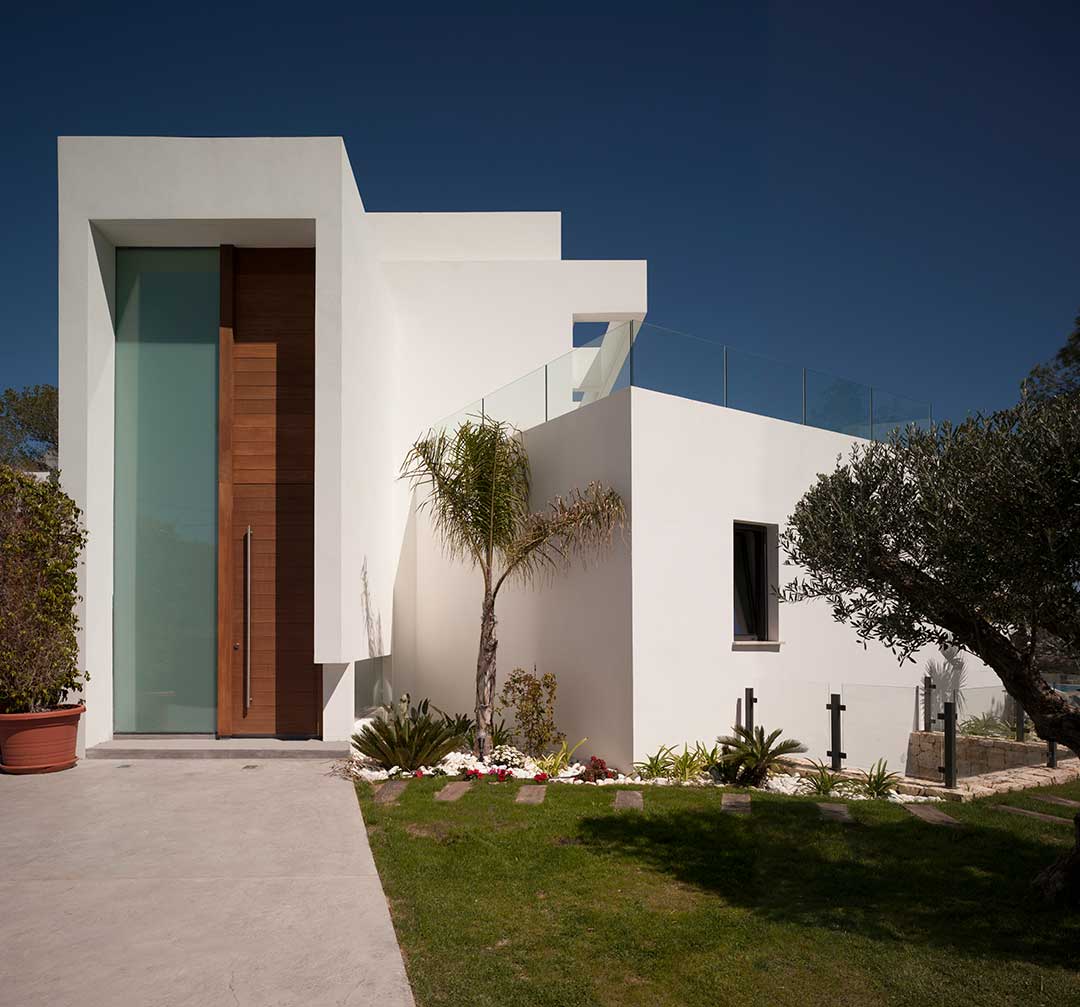 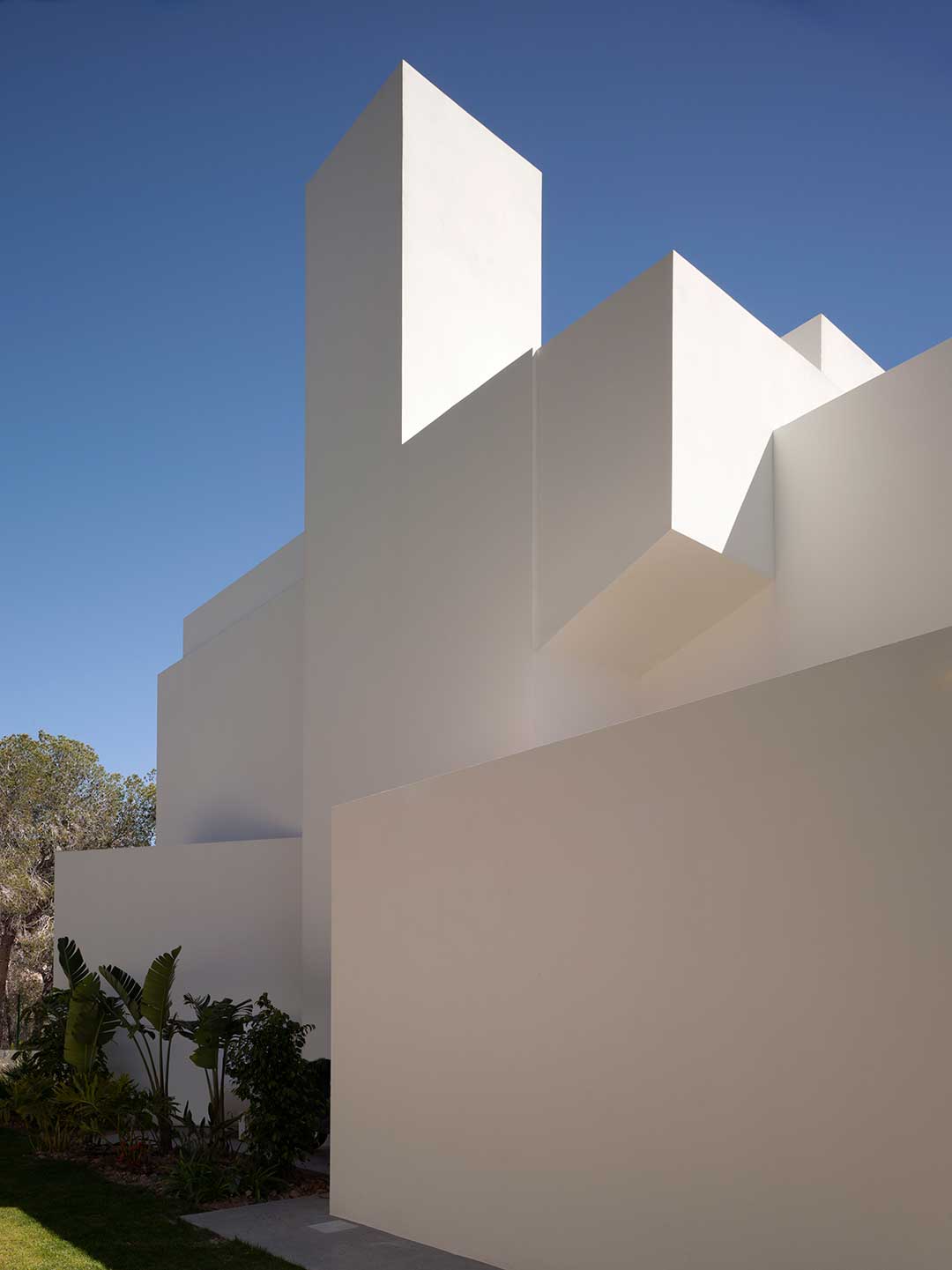 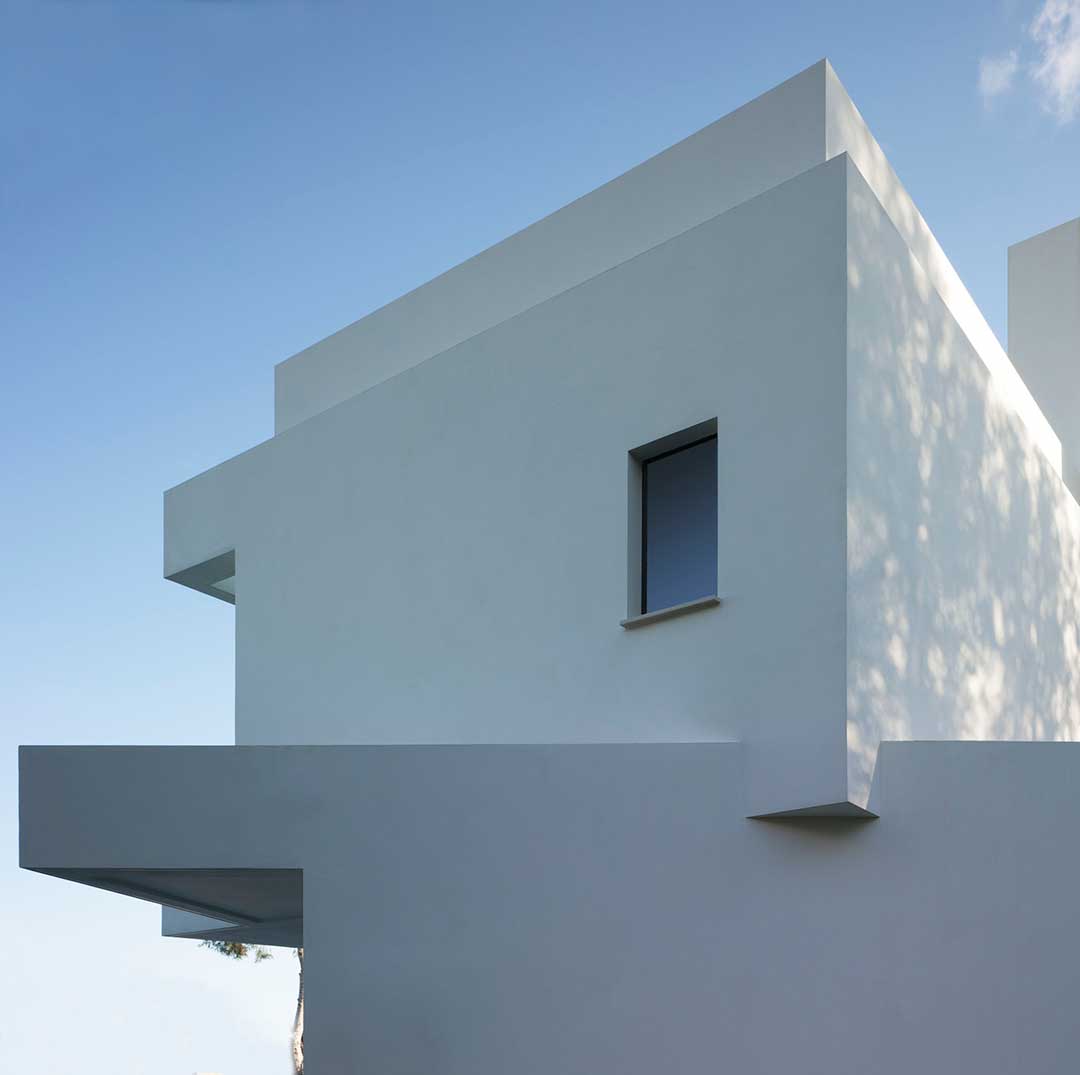 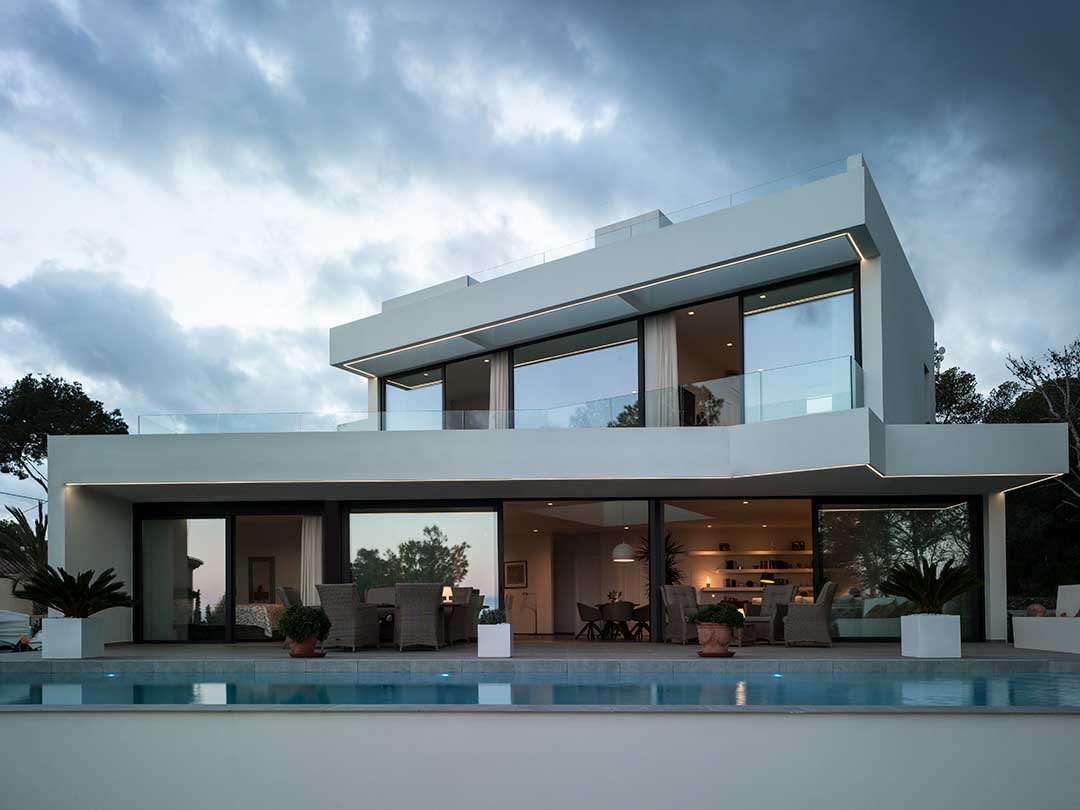 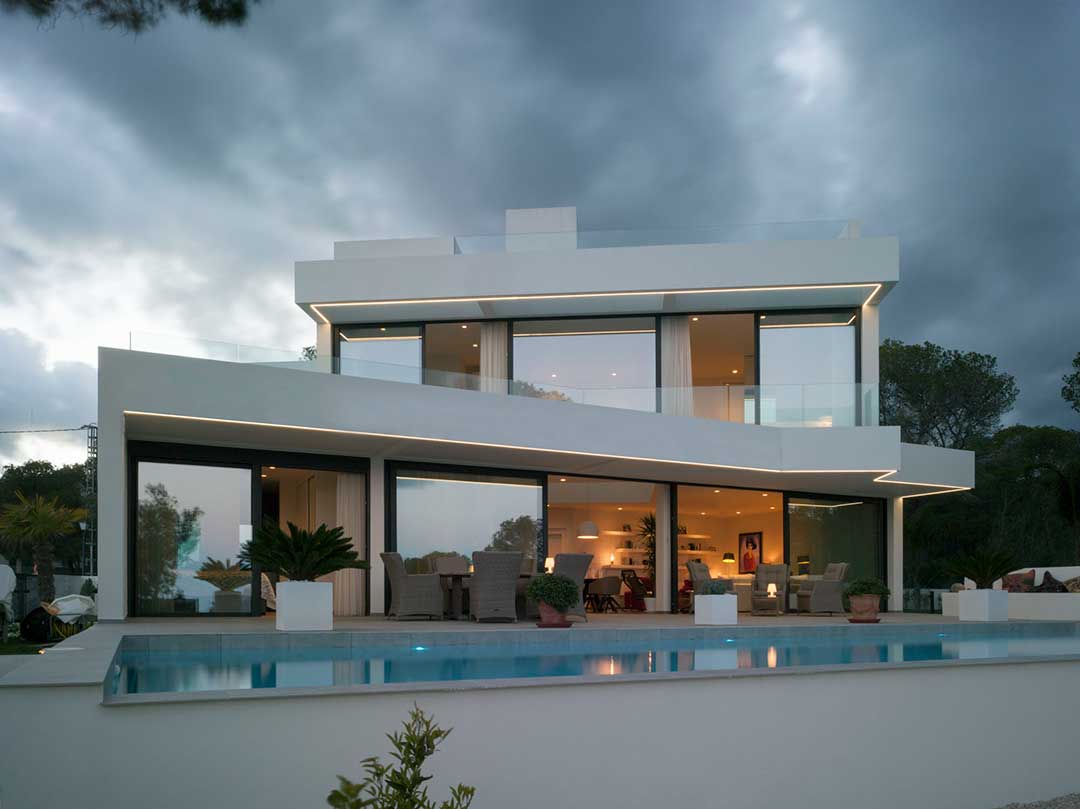 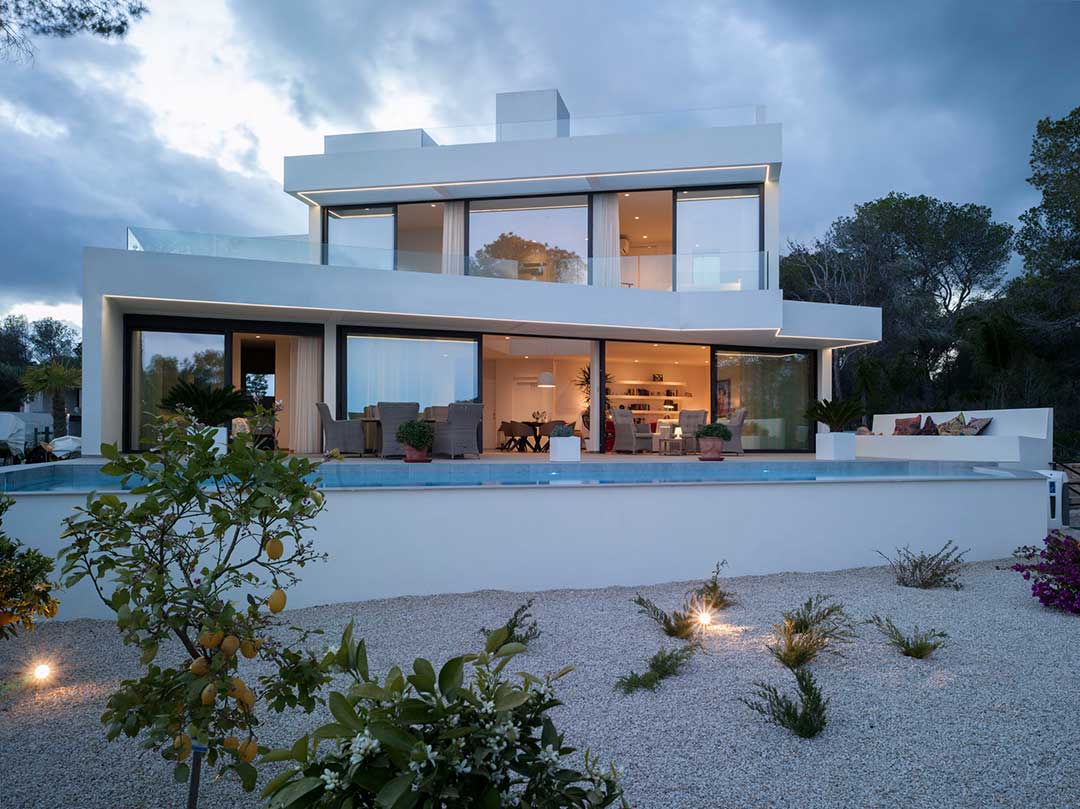 The advantage of having a house overlooking the sea can sometimes be truncated by a house that gets in the way of our view and creates interference. This interference results when the height is raised, thus changing the point of view, allowing us to enjoy the views fully. Two heights, two perspectives, two different ways of being able to see the sea resulted in this house.

Two turned bodies that on their axis release a double interior height. Besides achieving a visual purpose, the result is an interesting fragmentation of volumes. If fragmentation in art expresses a way of understanding reality, in this project it becomes a way of living it. That fragmentation, designed by a visual need, finally becomes the discourse on which the rest of the design of the house is based.

From the access to the plot, the disturbing play of volumes is surprising, pieces that are assembled among themselves, that are articulated as part of a coherent whole. In the same way, the rest of the facades that do not give to the sea are composed with polyhedral forms, game that is translated in a volumetric decomposition that provides of dynamism to the set.