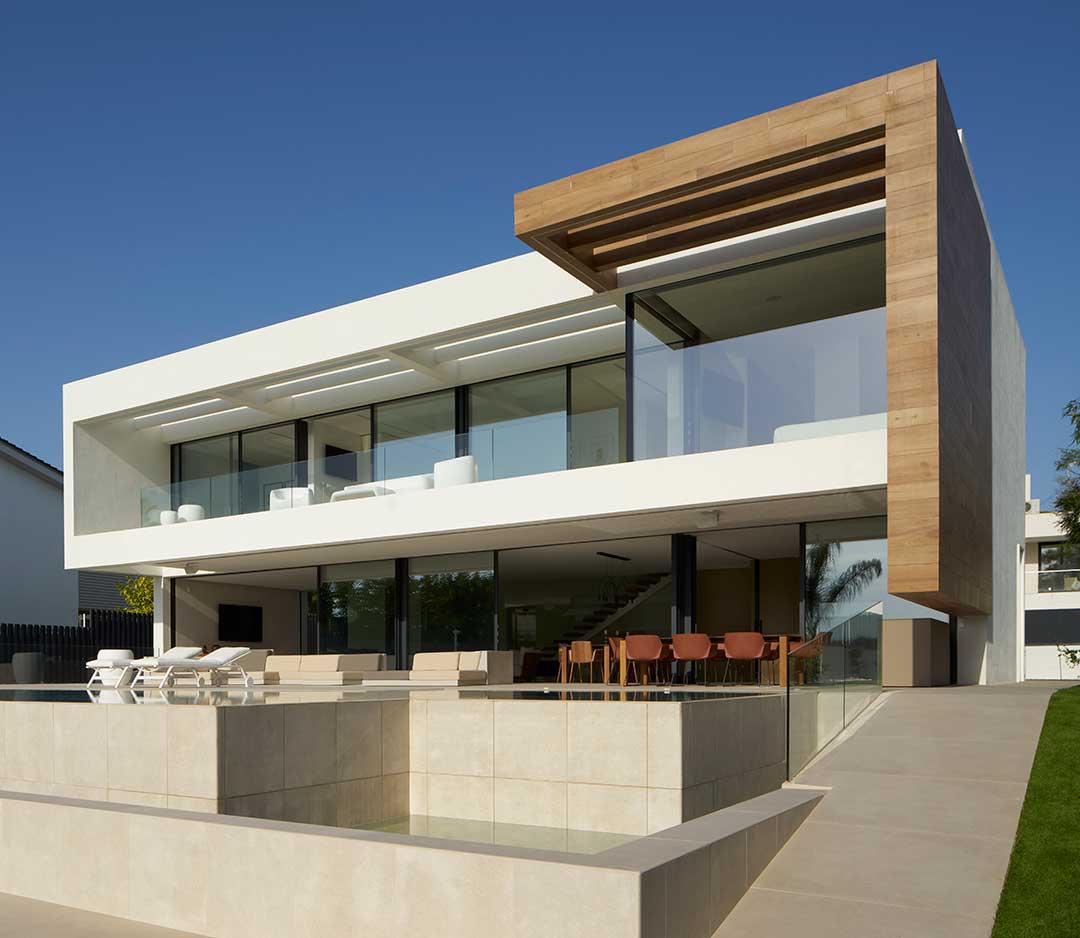 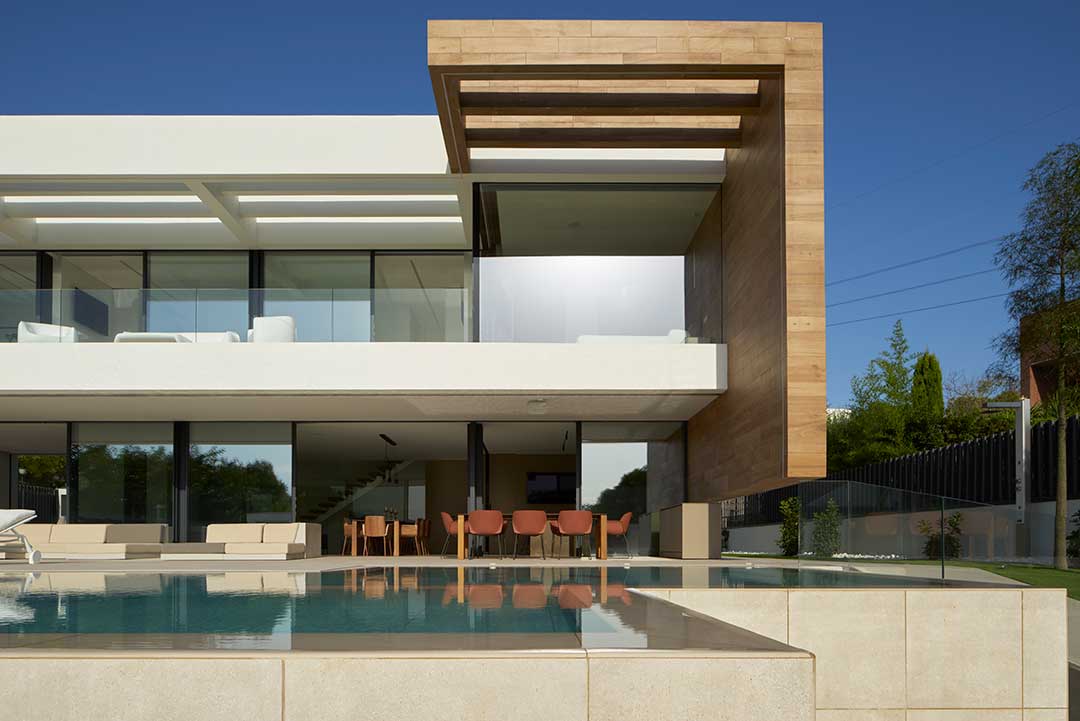 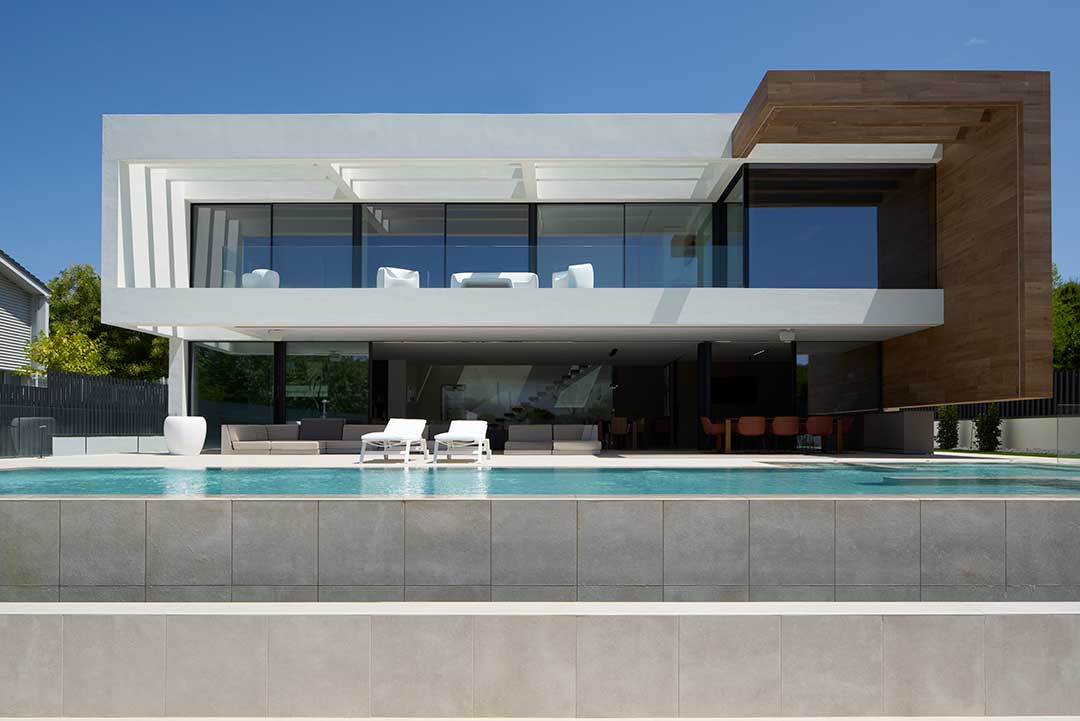 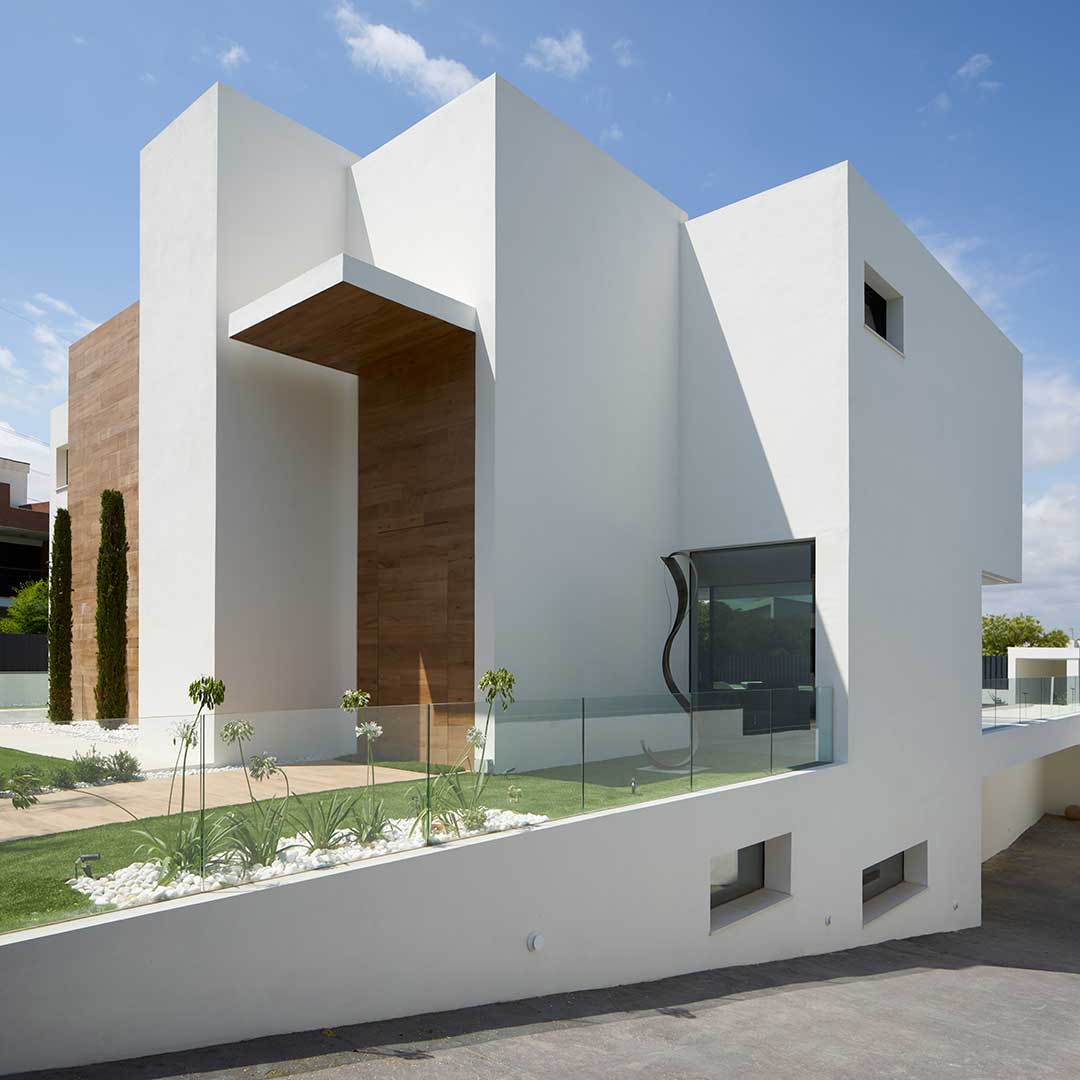 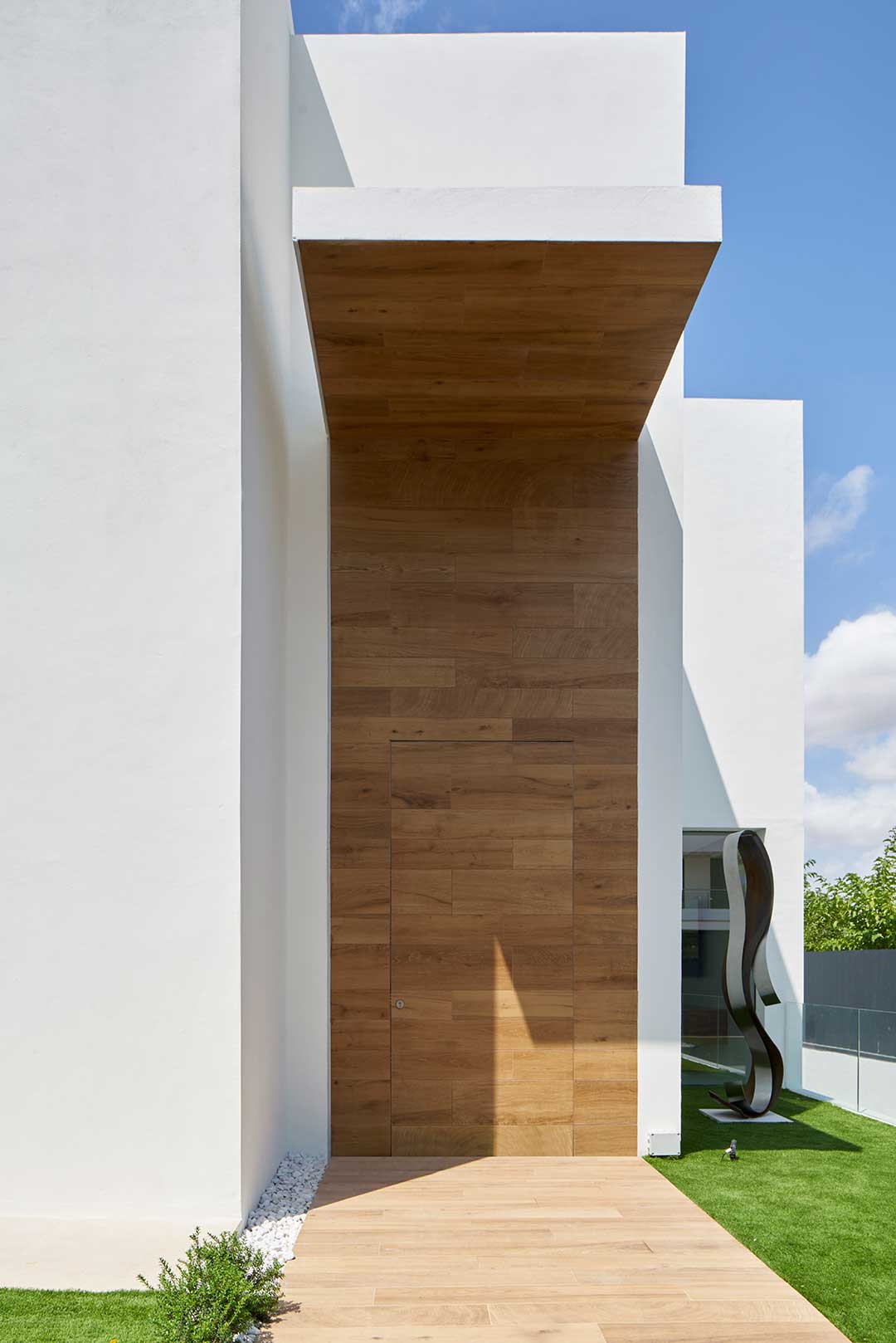 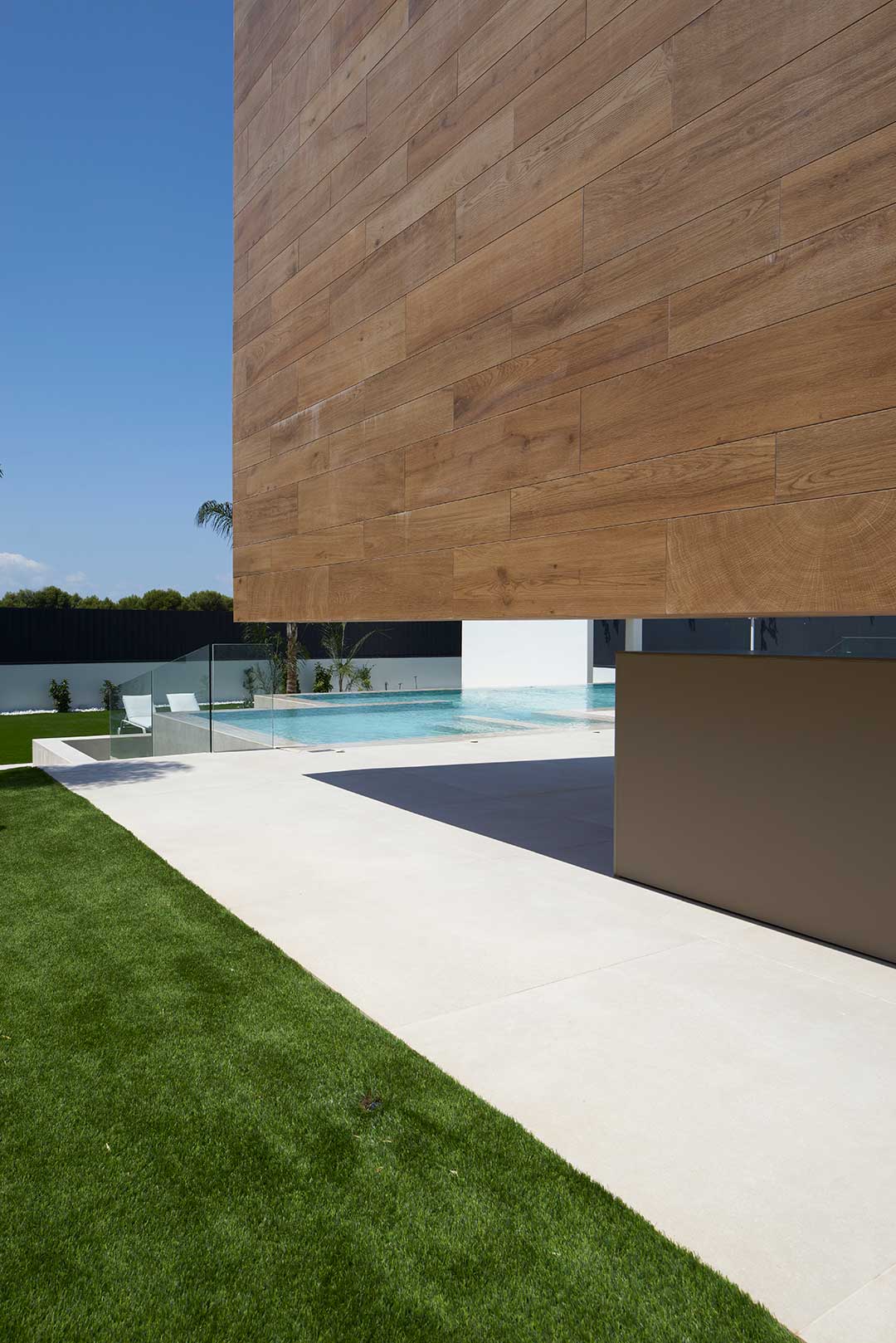 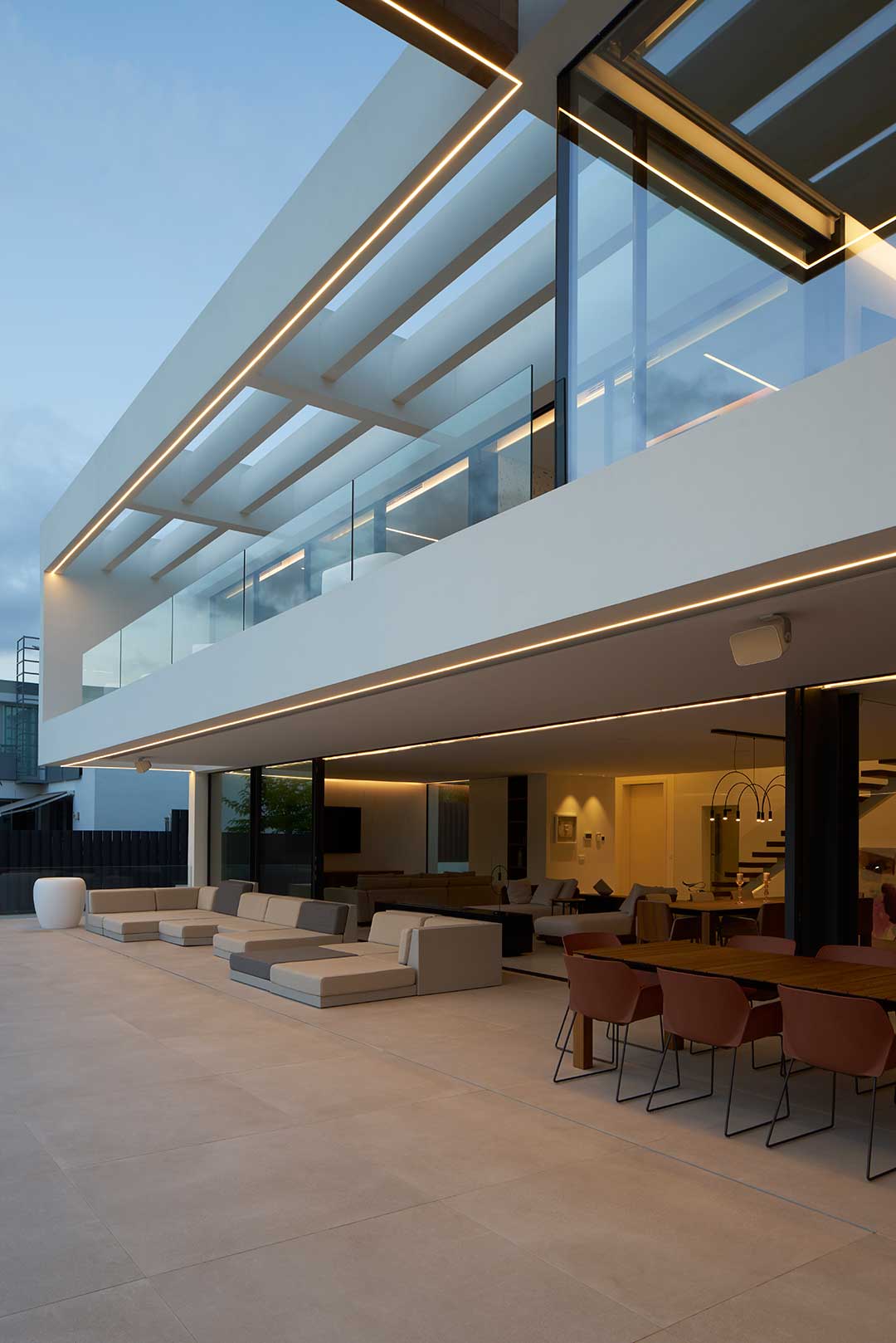 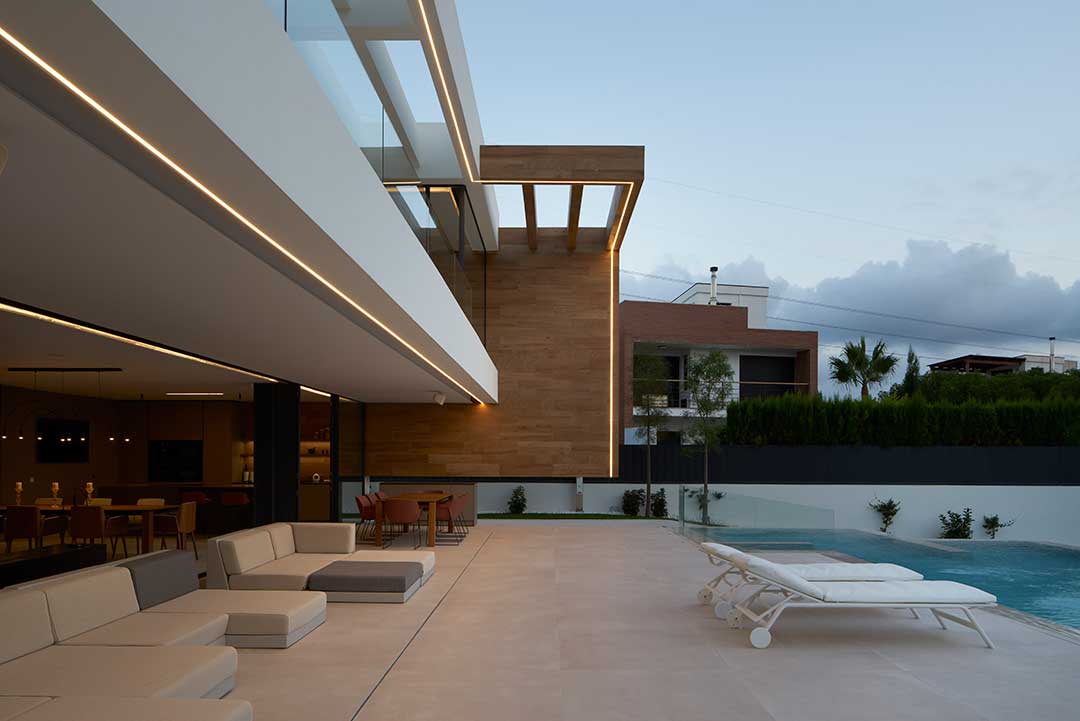 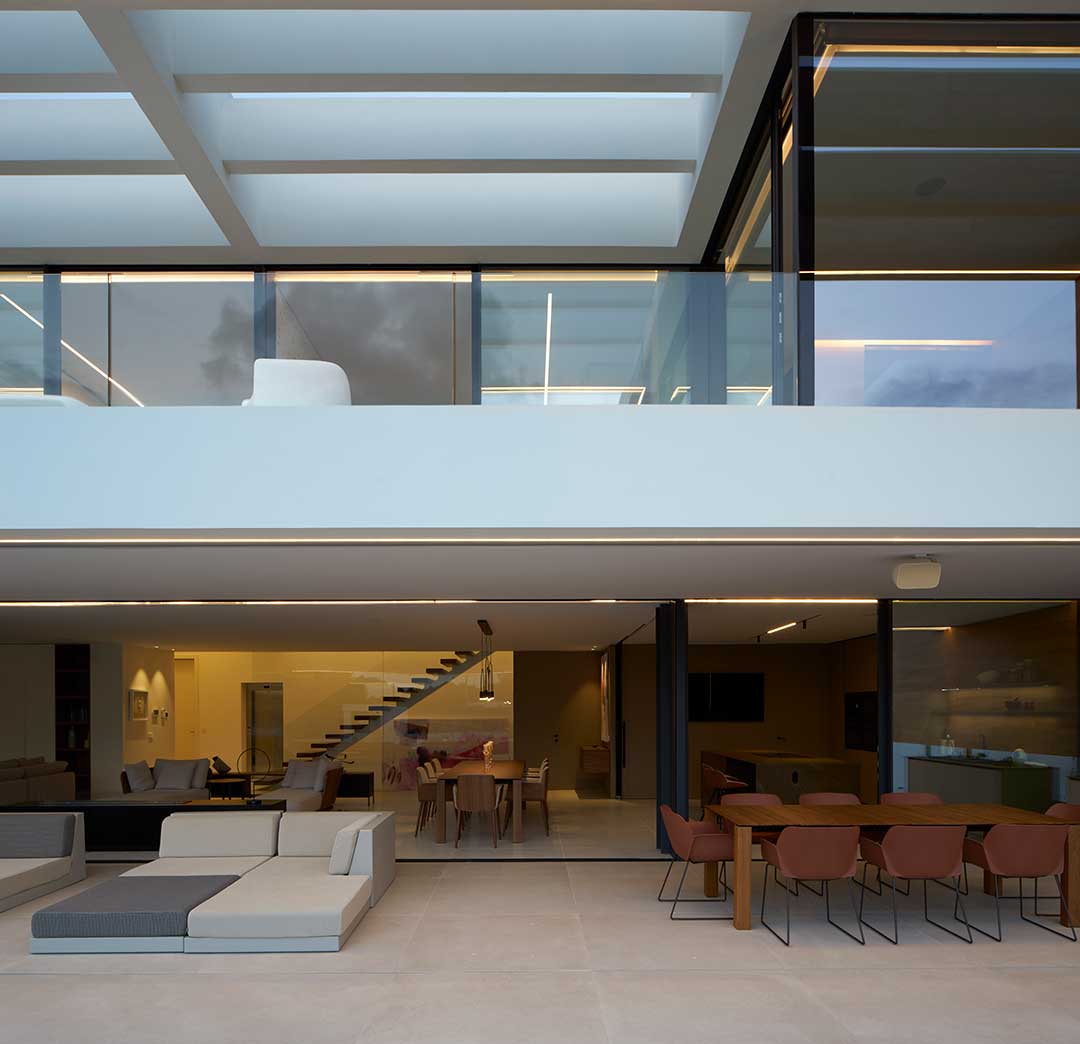 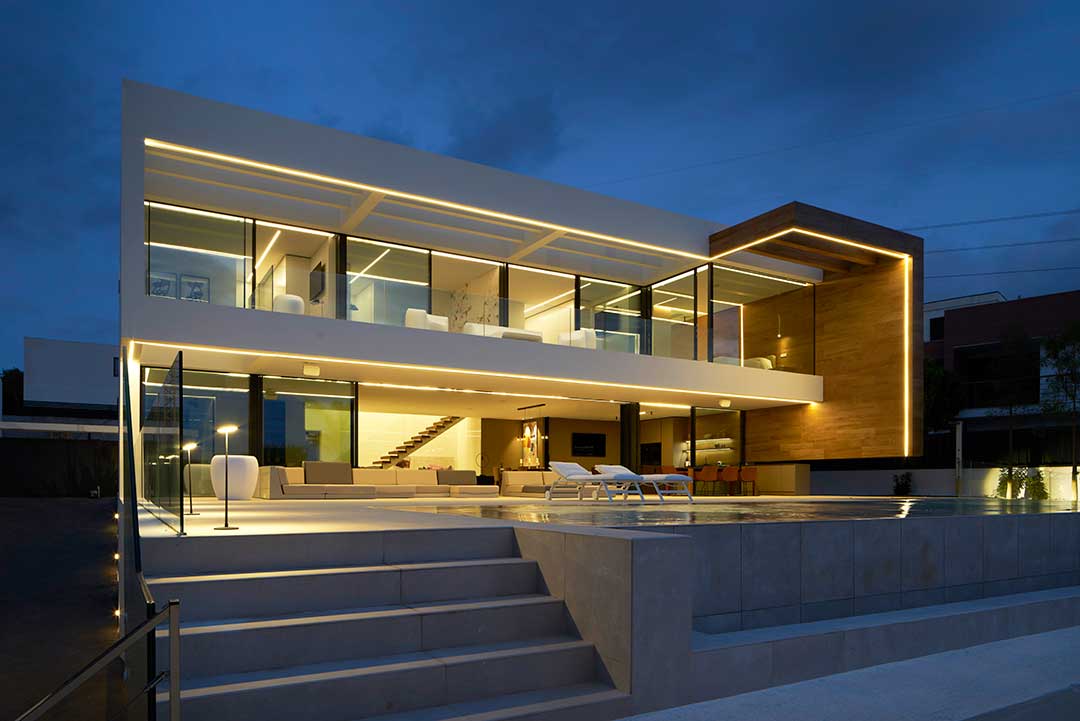 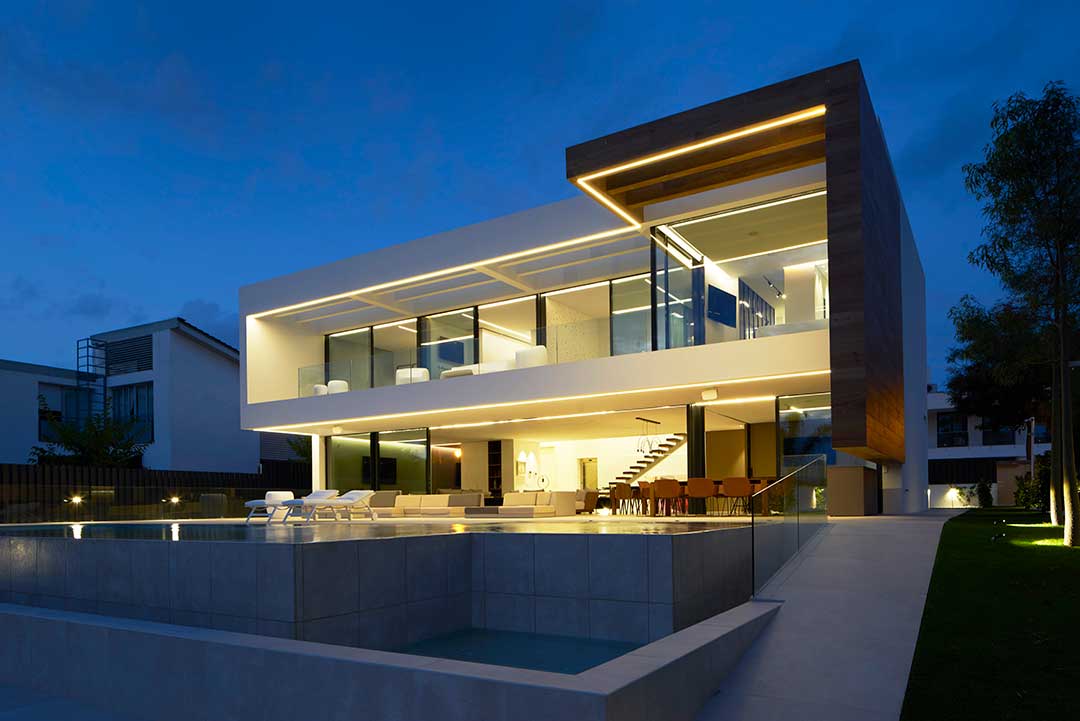 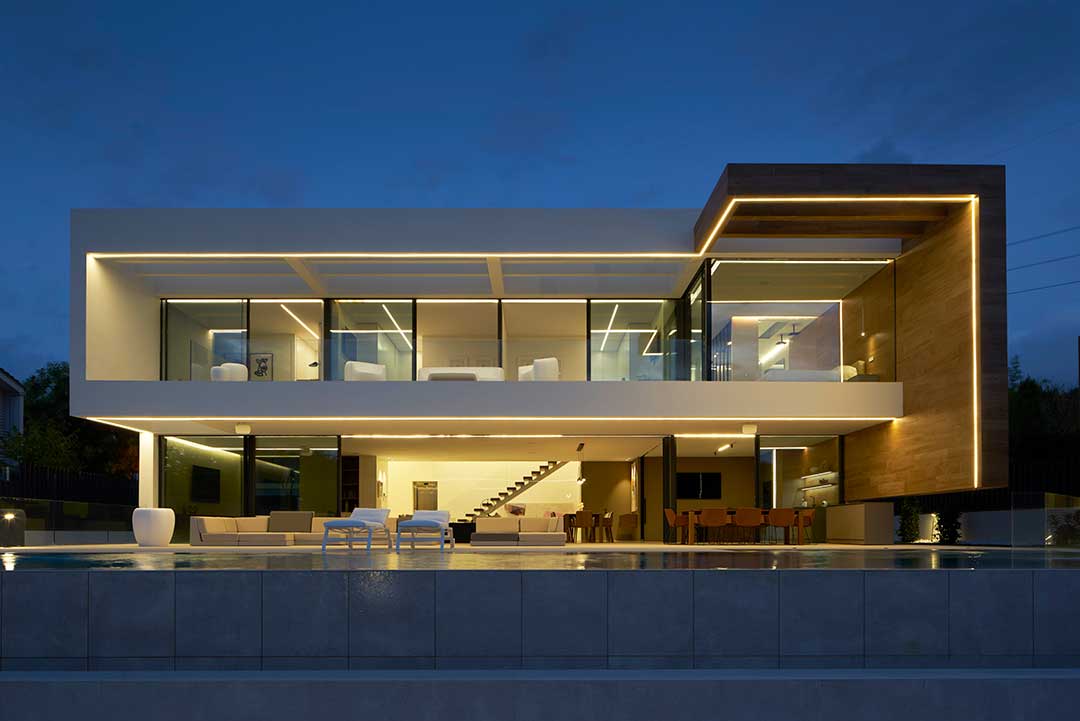 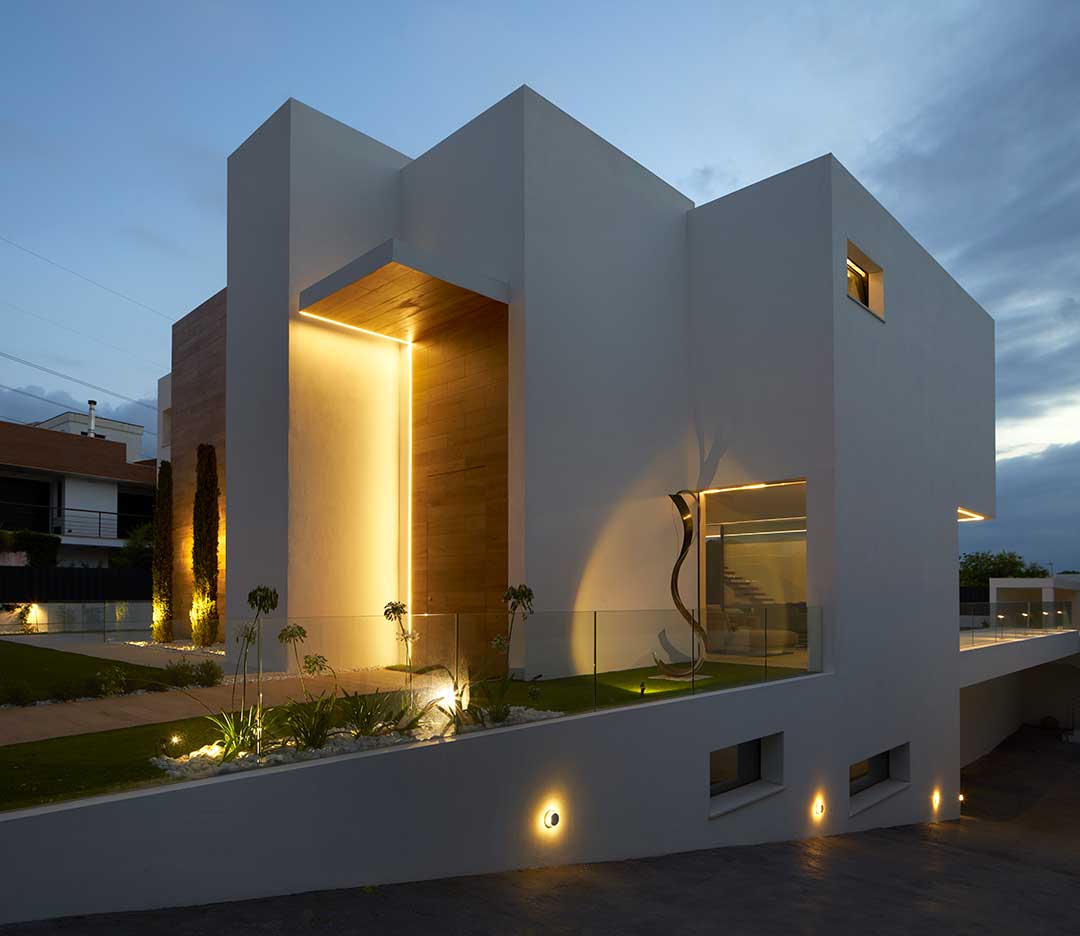 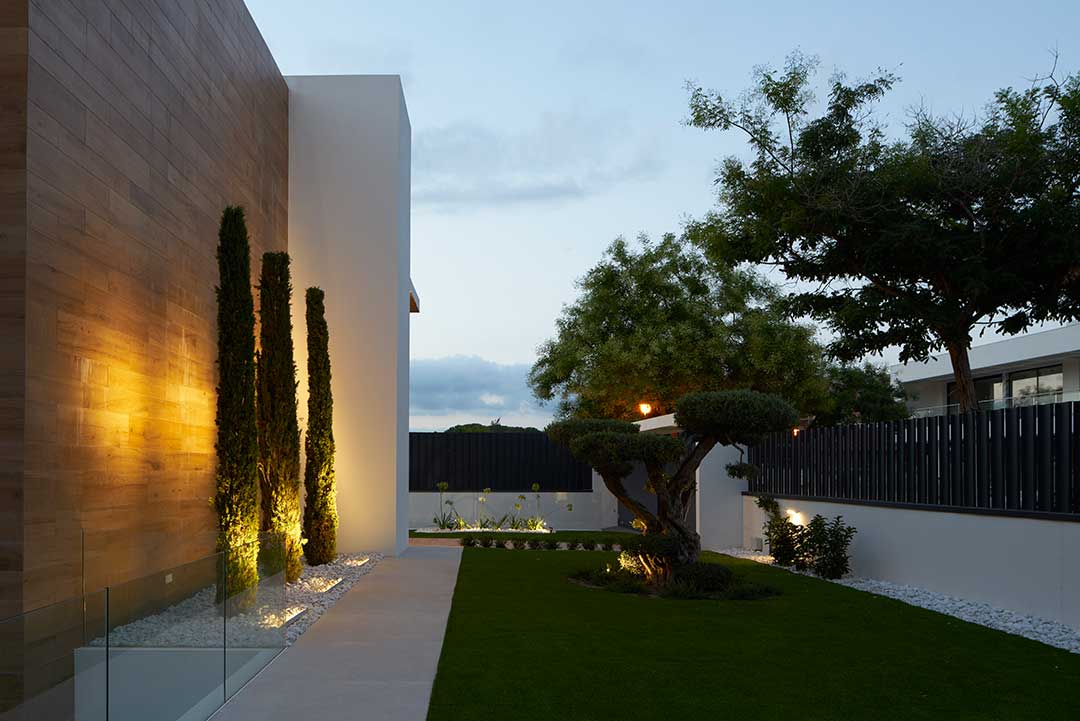 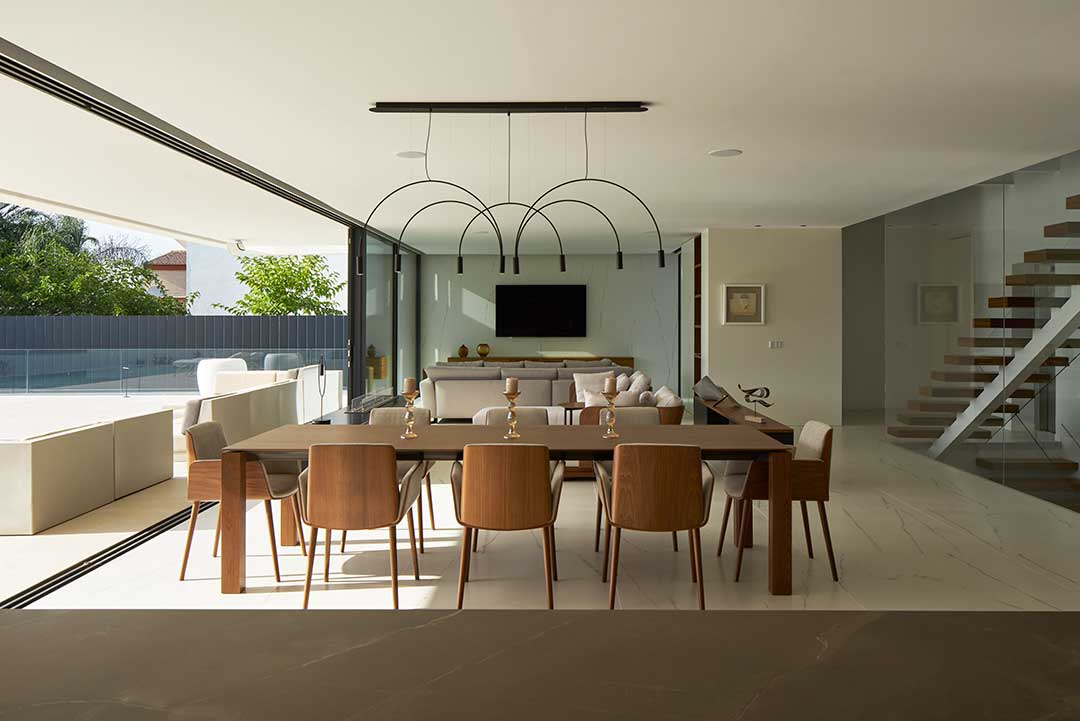 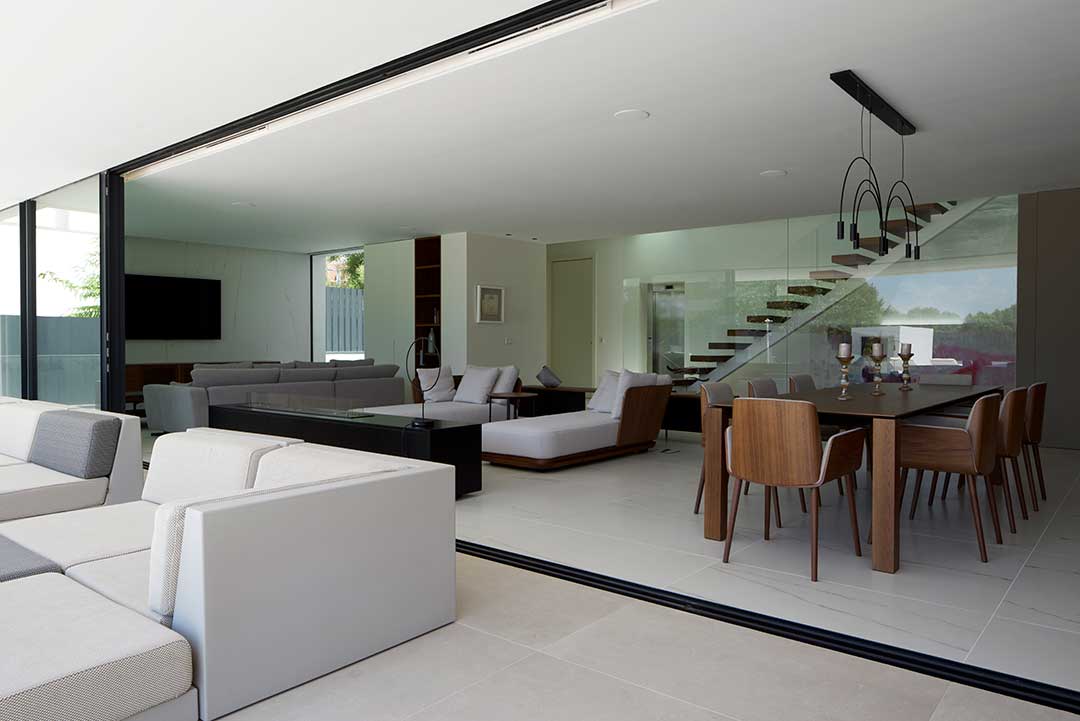 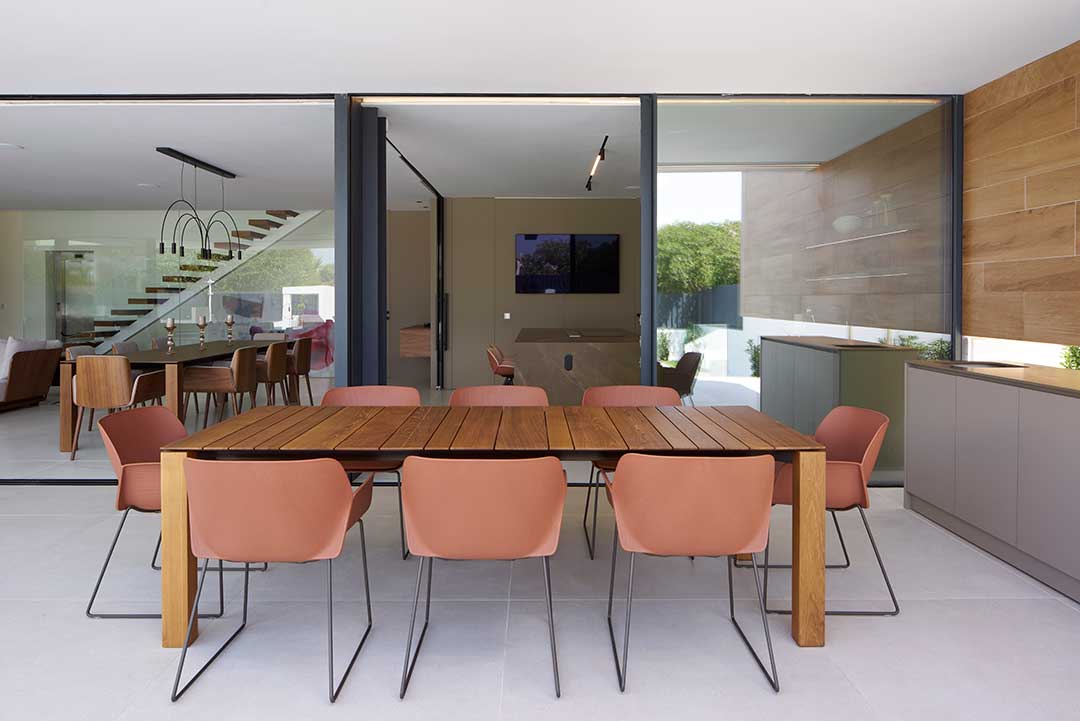 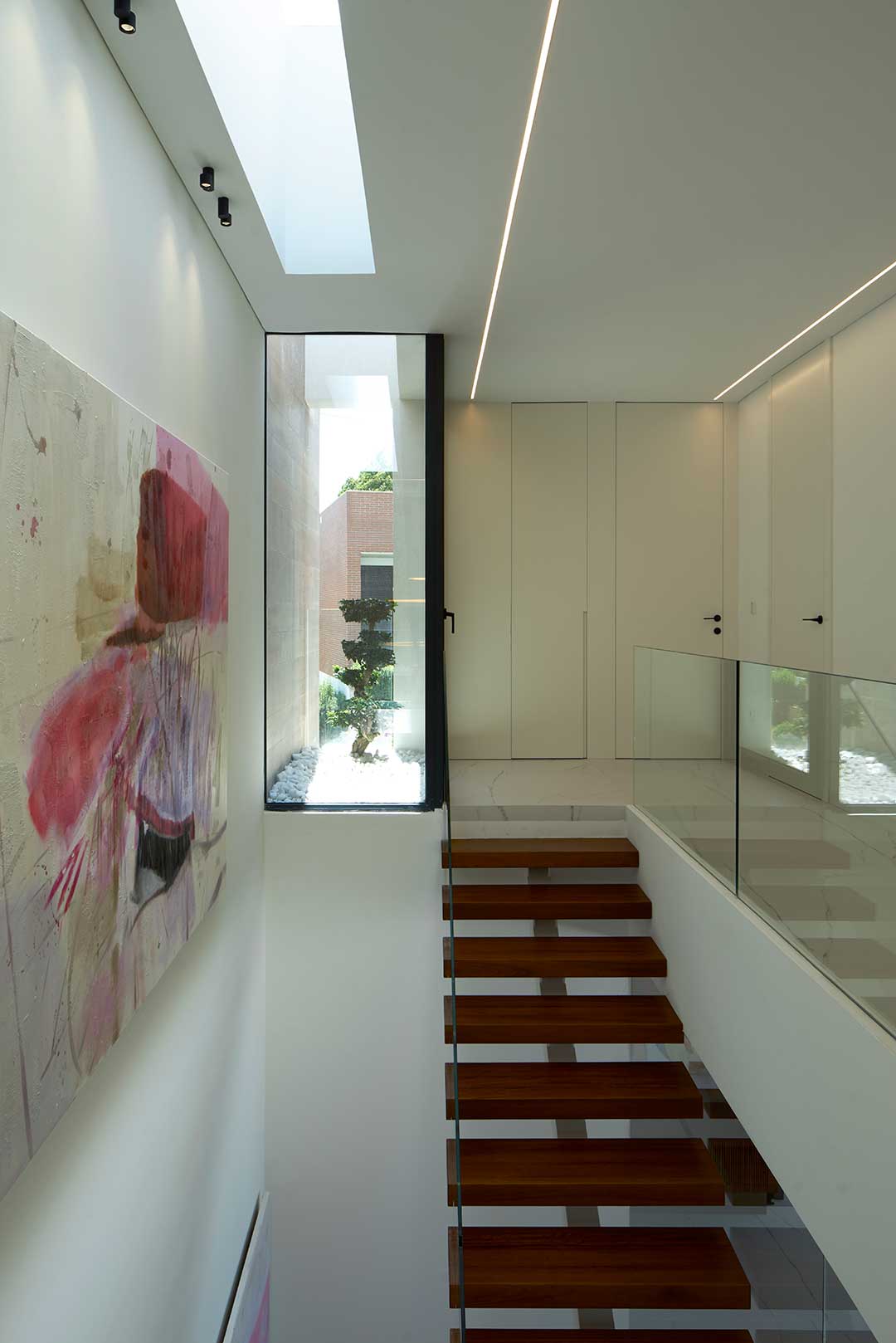 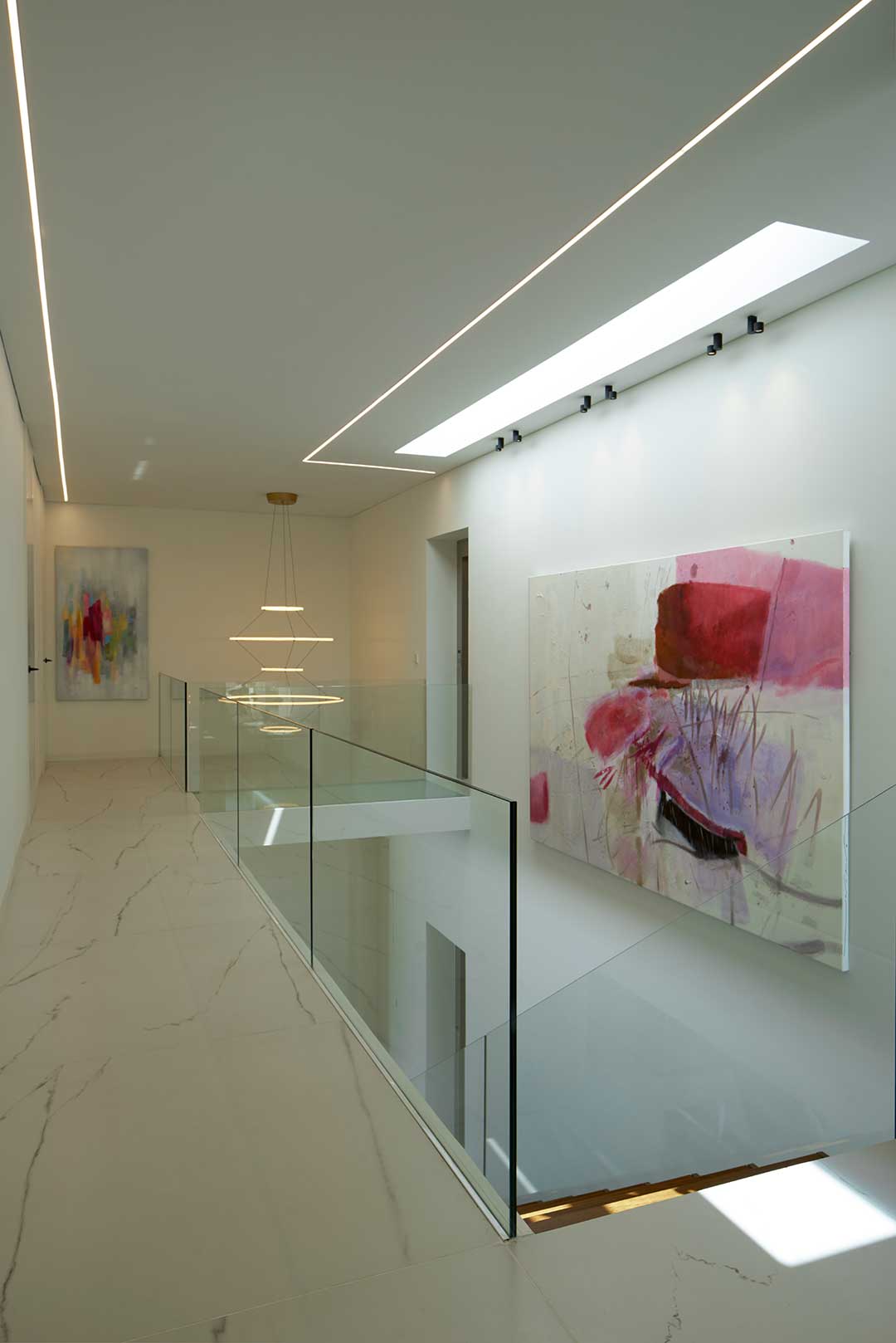 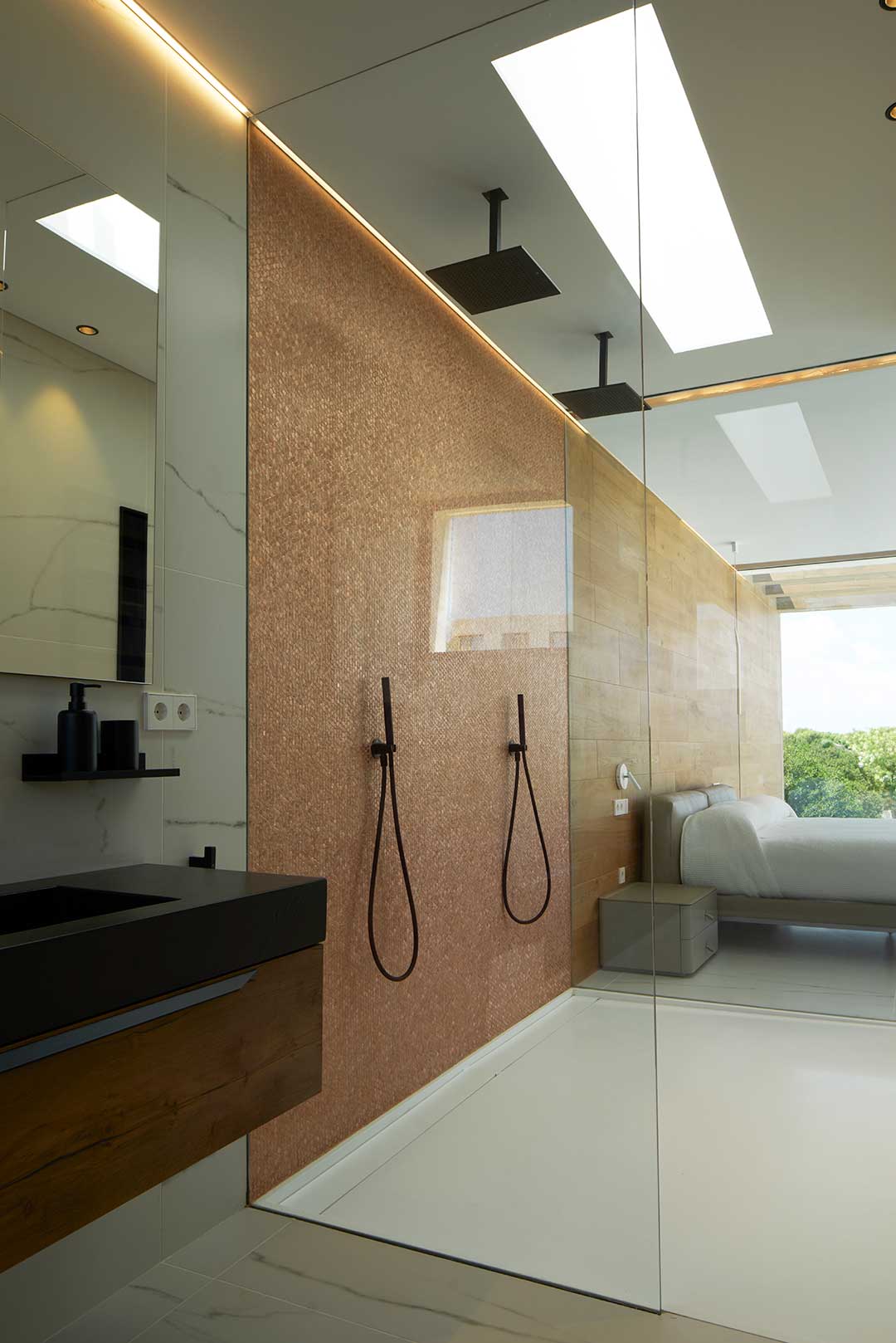 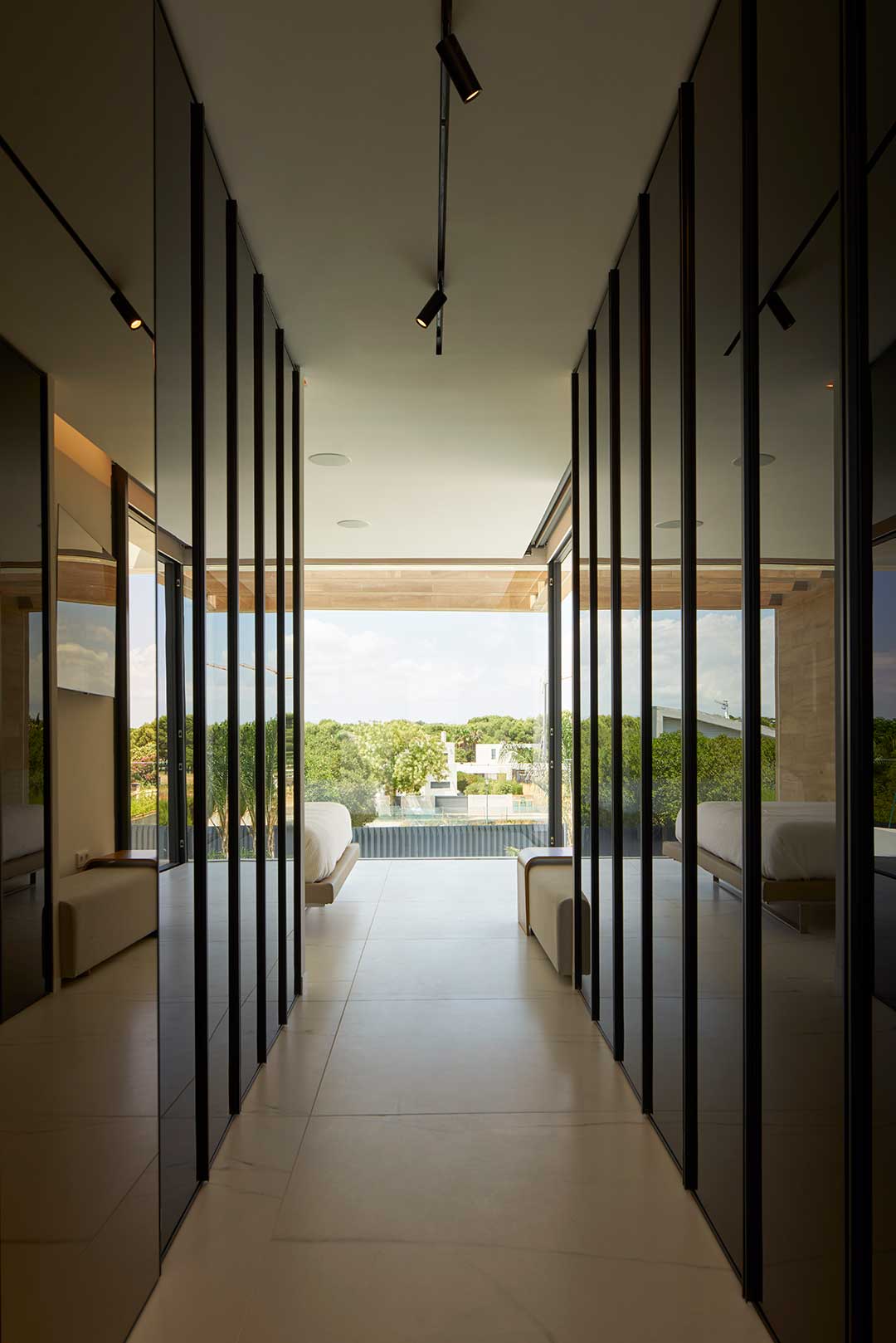 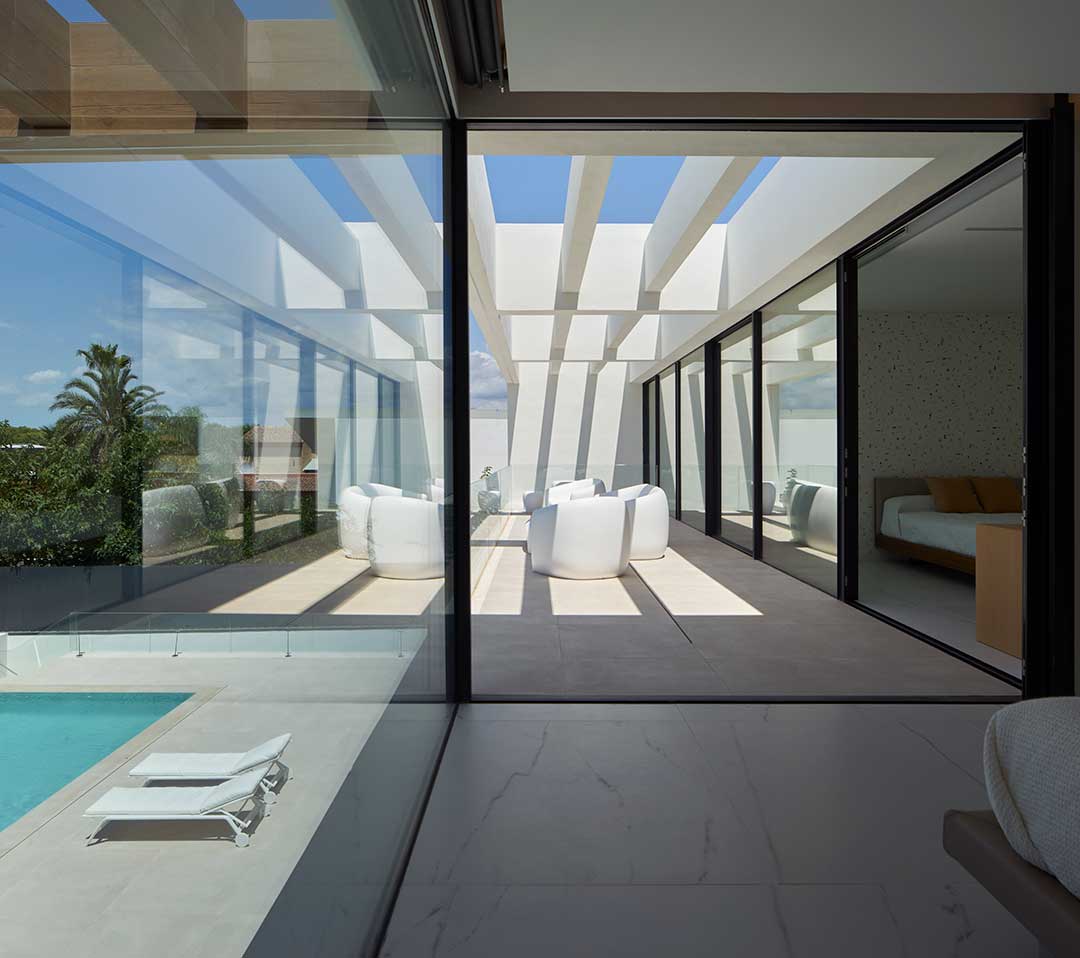 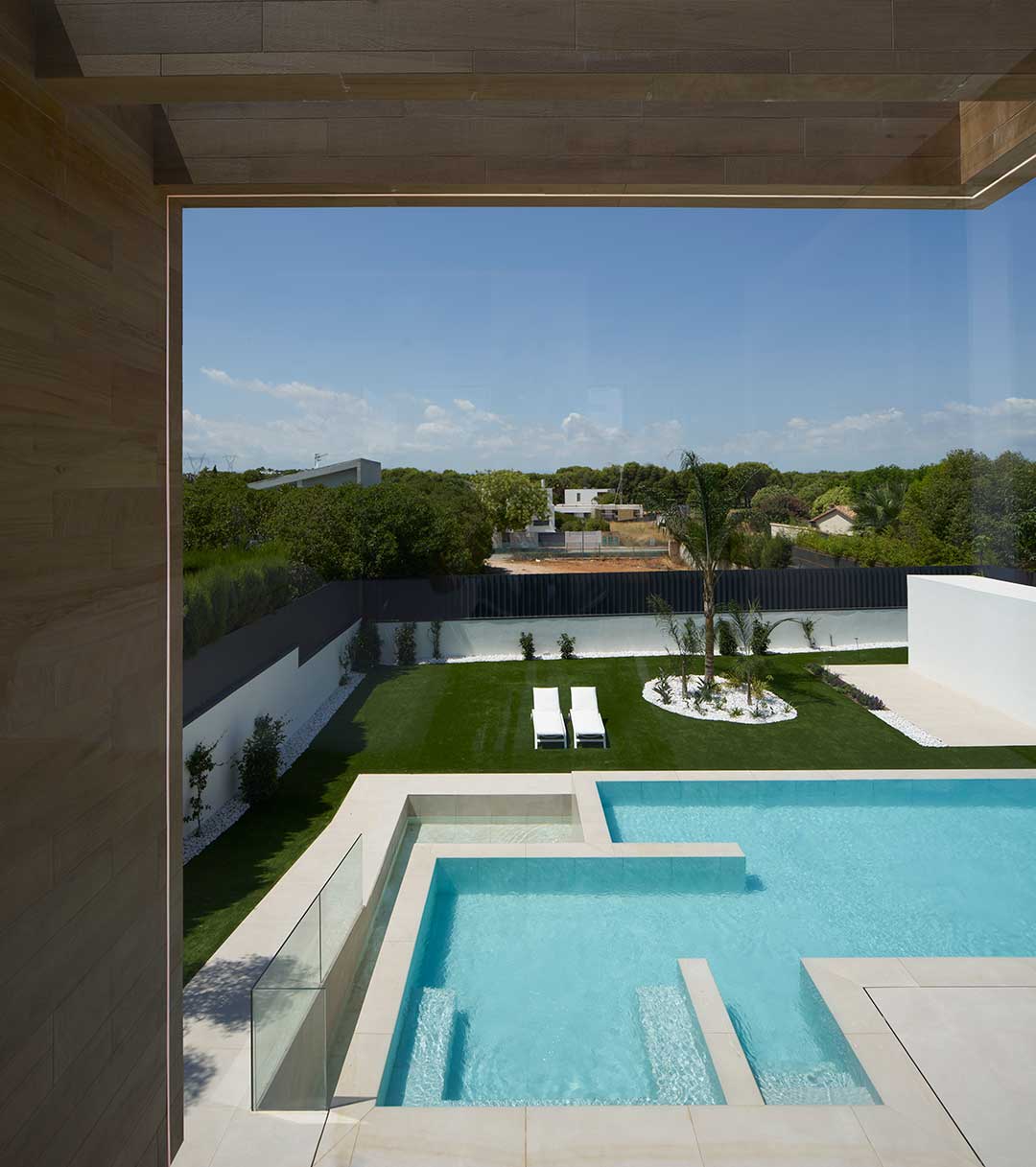 This house is based on a very clear concept on the part of the client: a compact house, a resounding volume that houses a very defined functional program: basement for storage, recreational areas and a garage for at least 3 vehicles. A first floor as transparent as possible and open to the pool area, and a second floor in which there are 4 rooms, each with its own bathroom.

That resounding volume can be appreciated in two very different ways: on the one hand, the facade where the entrance is located, facing the street, is fundamentally solid, with a small game of fenestration where it was necessary. This façade is tried to decompose taking advantage of some singular elements, that are treated with a different material from the predominant white finish: the main door, the box of the elevator or the volume that internally contains the space of the stairs are worked with a porcelain imitation wood.

On the other hand, the façade that looks at the pool, opens completely to it by means of glass planes that are highlighted by the white mortar forging, both on the first floor and in the rooms. However, this possible linearity is broken thanks to an element that appears as a visor with a very clear function: to achieve privacy in front of a group of terraced houses located on the adjacent plot. That element, that in addition in the superior plant welcomes and gathers the main room, appears of a way also rotund, also in porcelain imitation wood, but wanting to contribute as well certain weightlessness to the set, since it seems to levitate when not managing to touch the ground.

As for the interior, the space of the entrance in double height stands out, on which a glass footbridge overturns that connects in second floor the elevator with the corridor that serves to the rooms. But, above all, it is the space of the stairs that produces the greatest play of sensations: from the basement to the first floor, the linear staircase goes in one direction, while from the first floor to the second floor it goes in the opposite direction, leaving between both a space that from the corridor of the corridor is perceived in triple height. To give a somewhat more dramatic character to this set, the light descends from an opening in the ceiling, as well as from a small interior patio generated by the exterior volumetric differentiation. As a last element to emphasize in the interior, the space of the dining room, of 12 meters of length, is managed to solve structurally without pillars, so that the communication with the exterior zone of the swimming pool takes place of a very clean way, through the glass cloth composed by minimalist embedded carpentry.