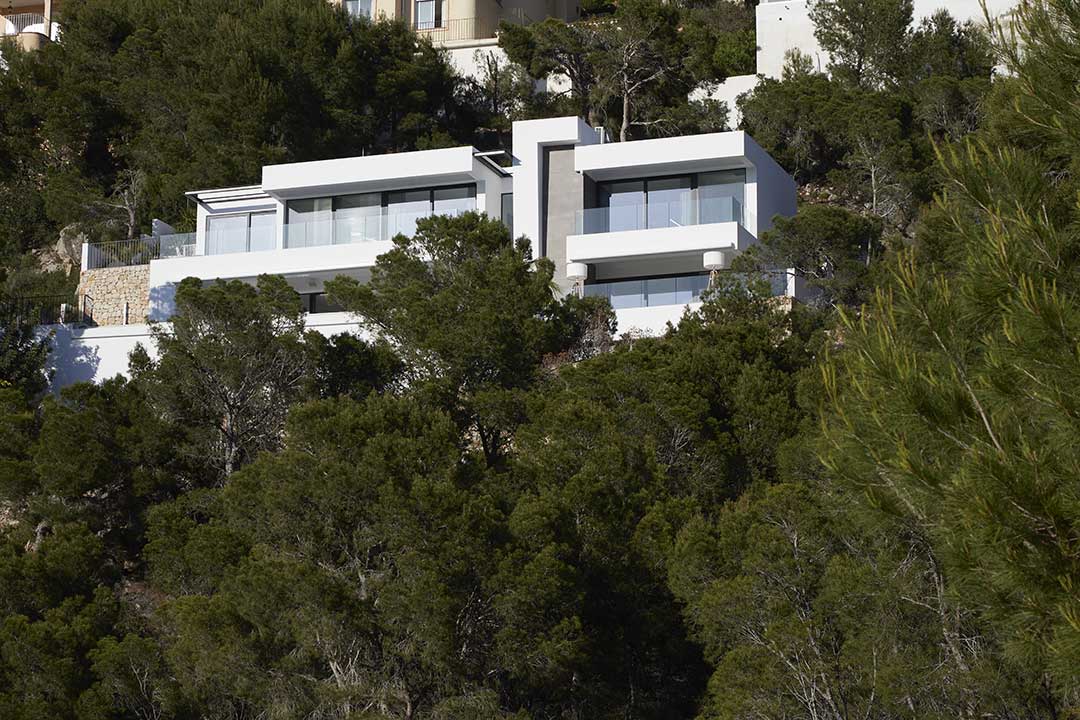 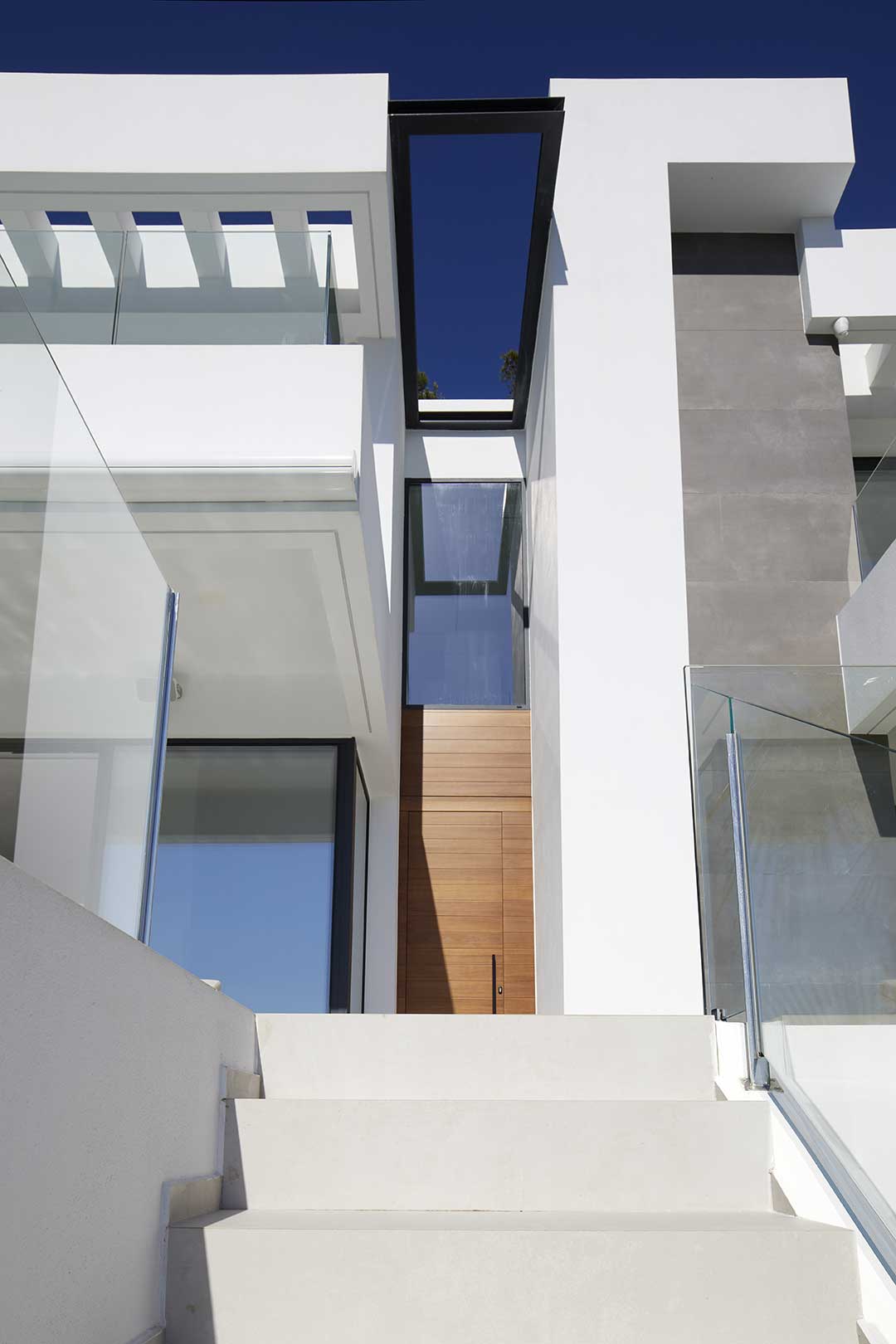 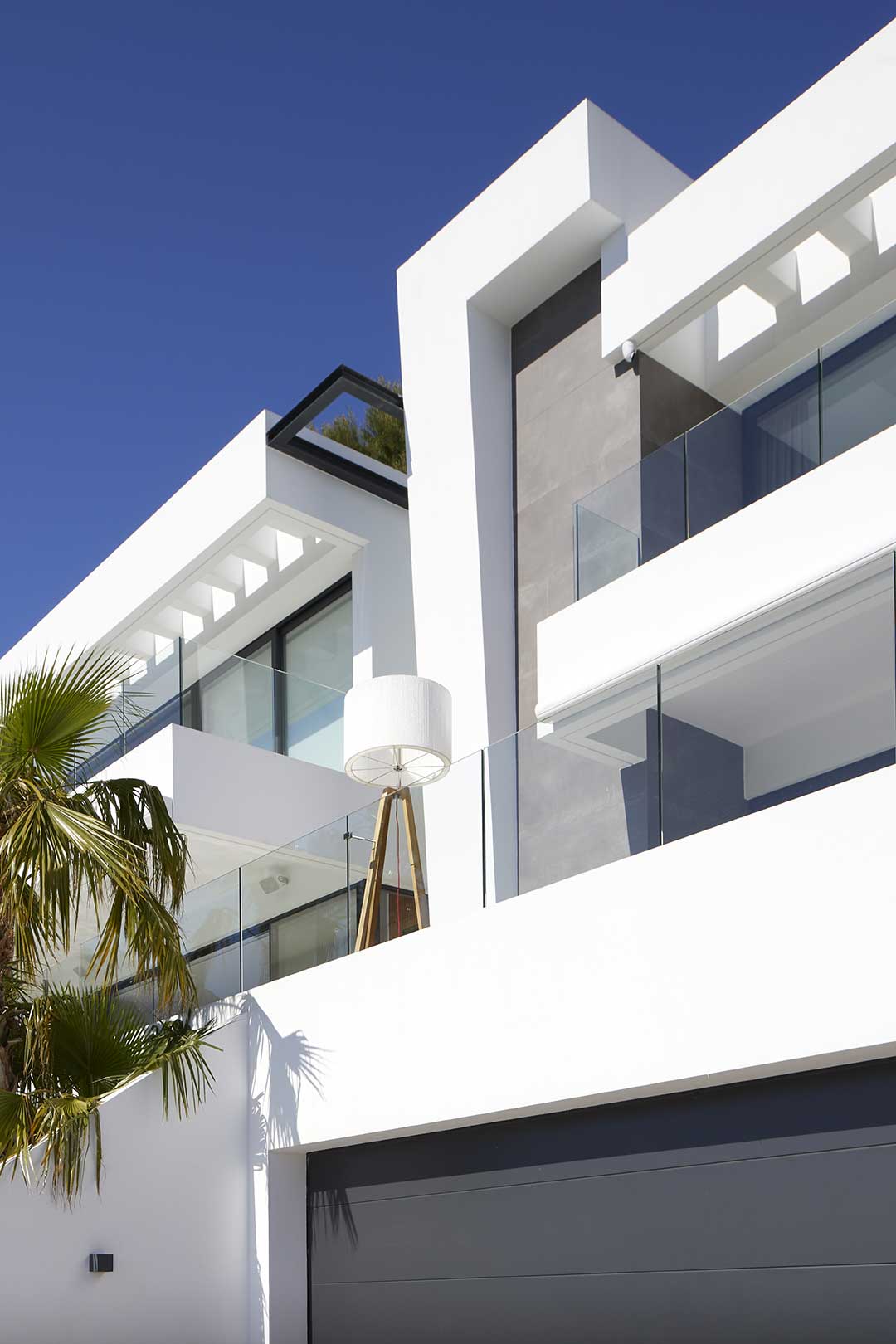 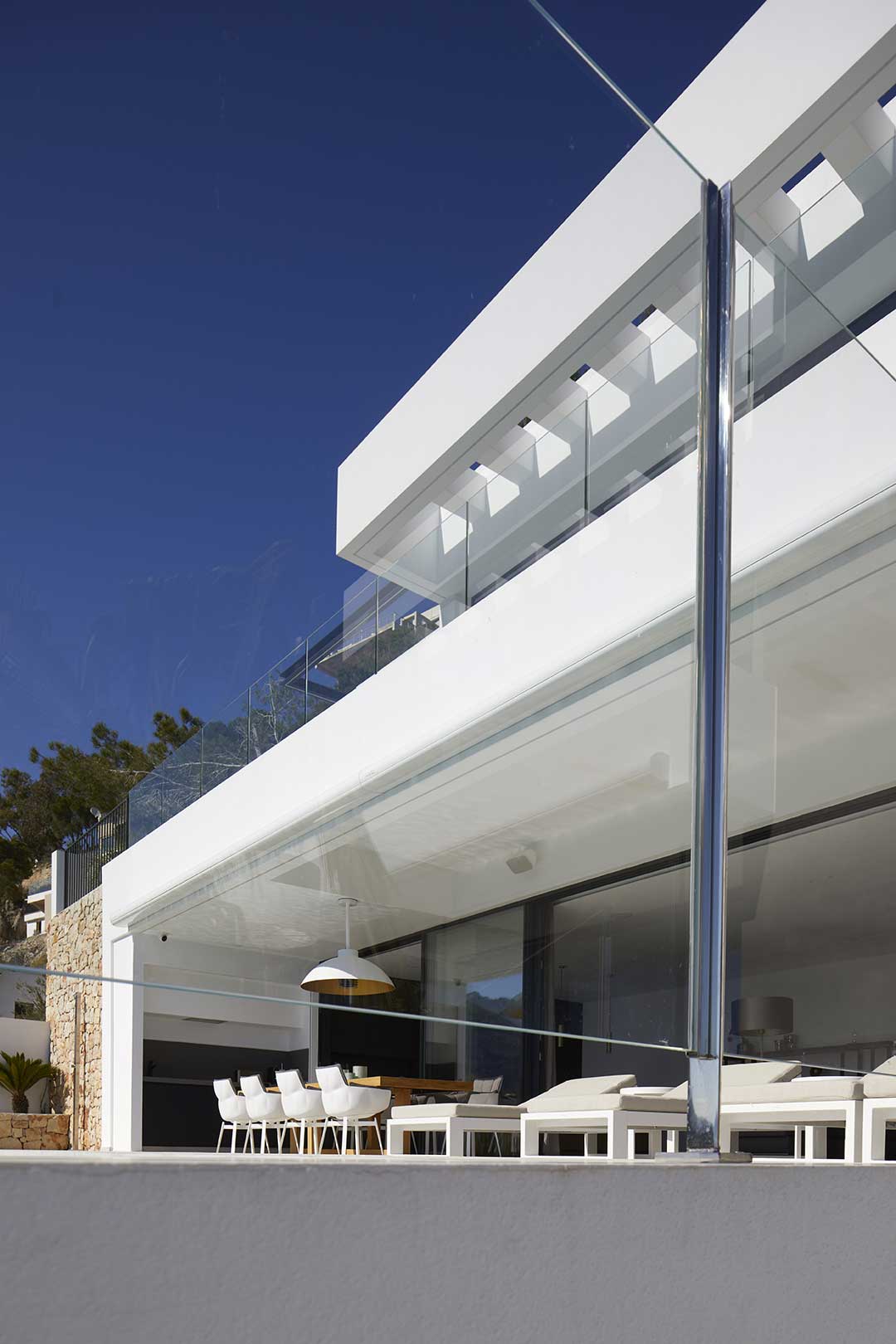 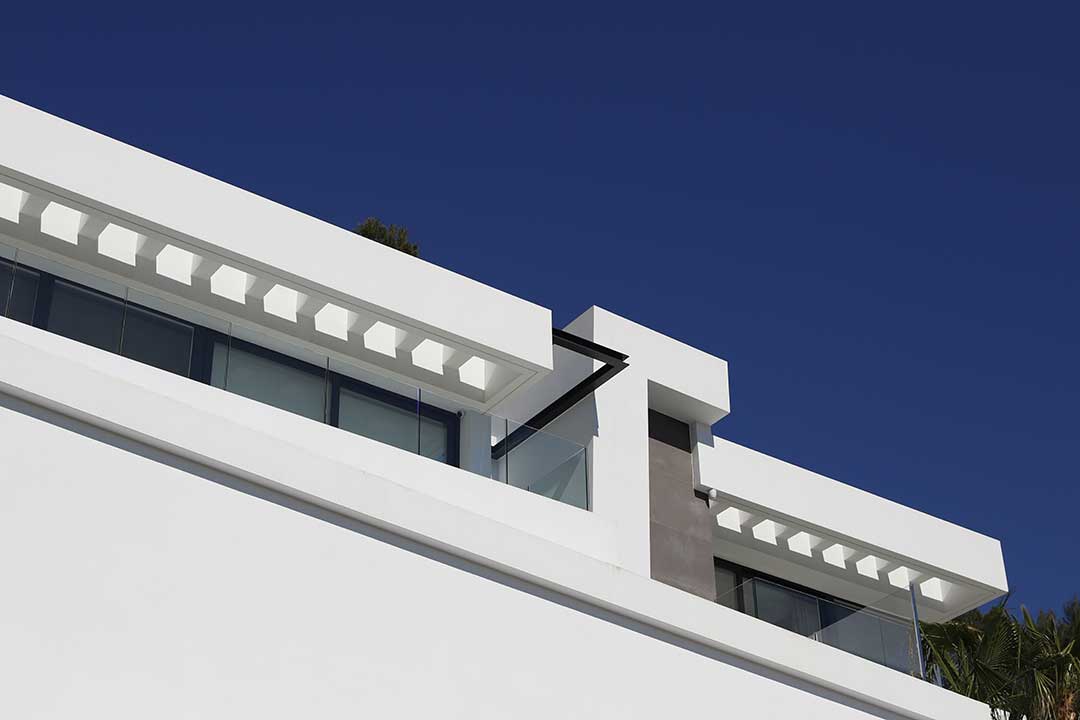 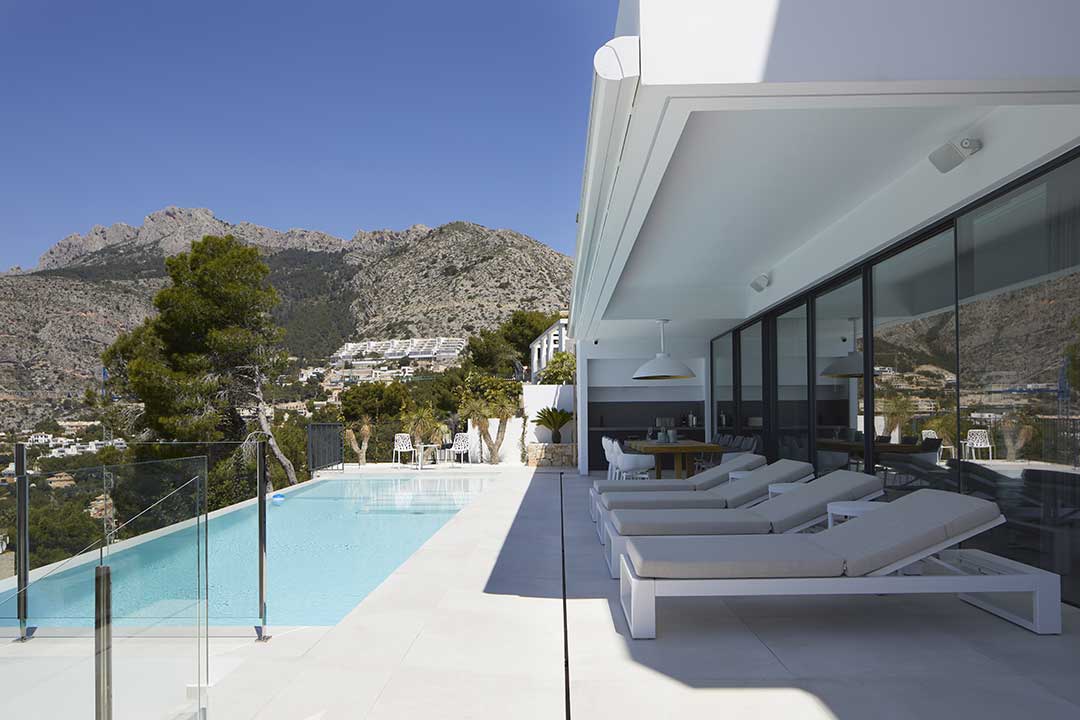 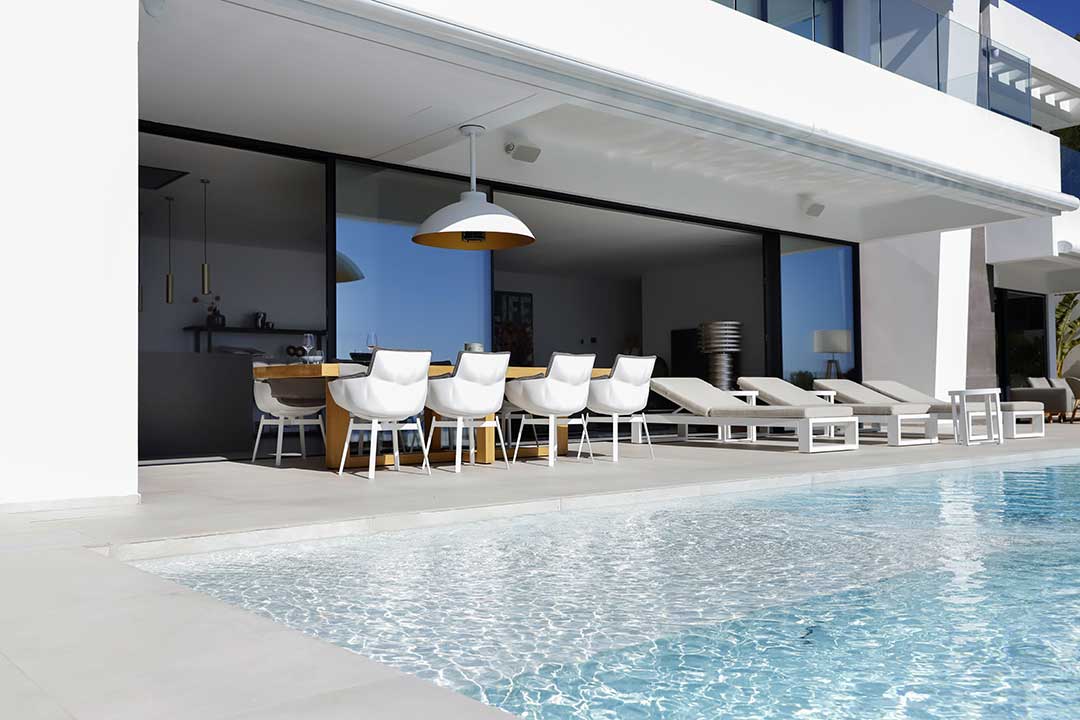 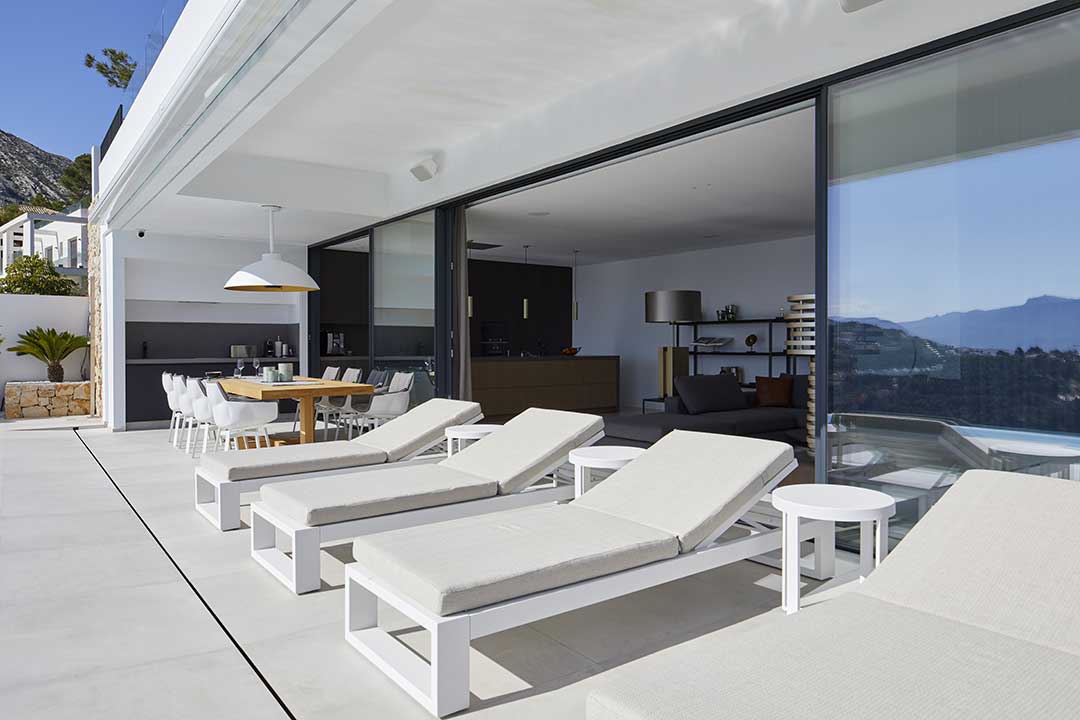 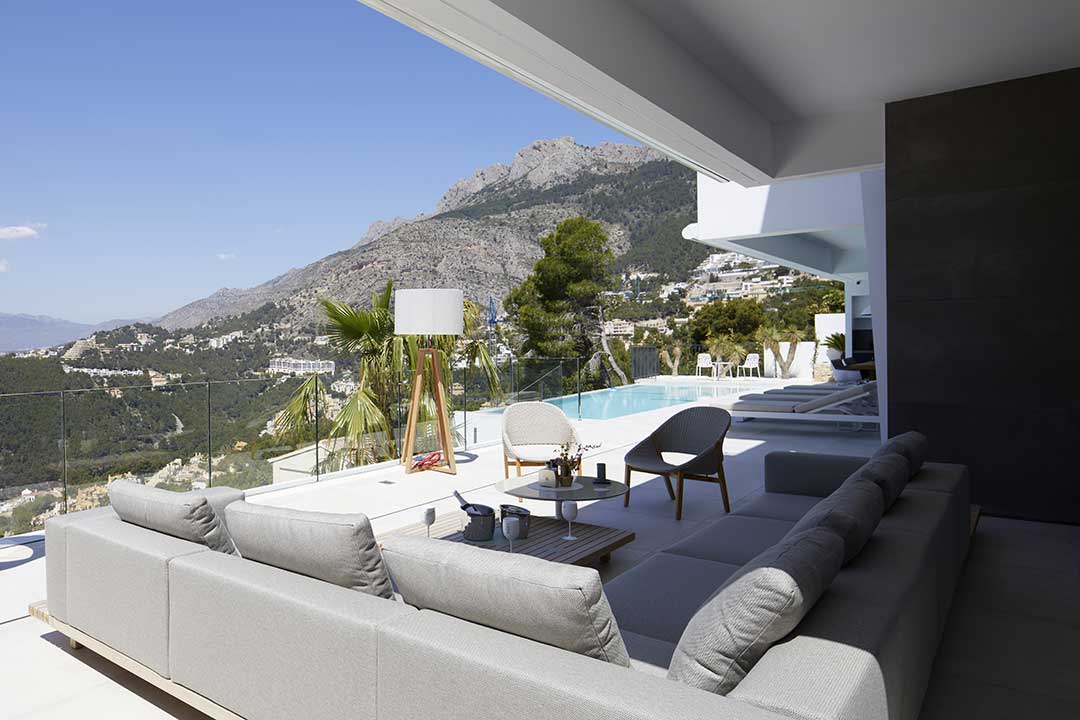 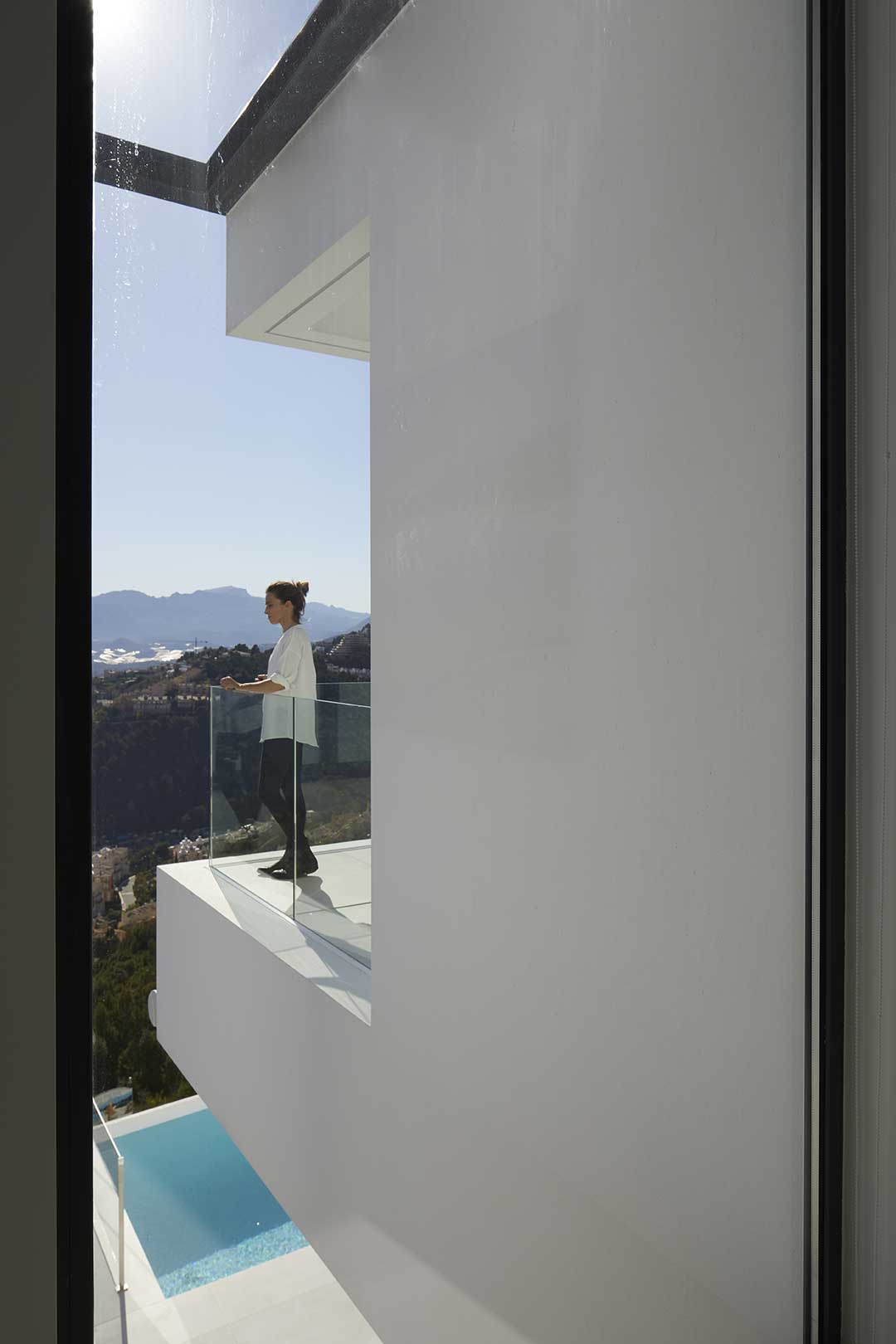 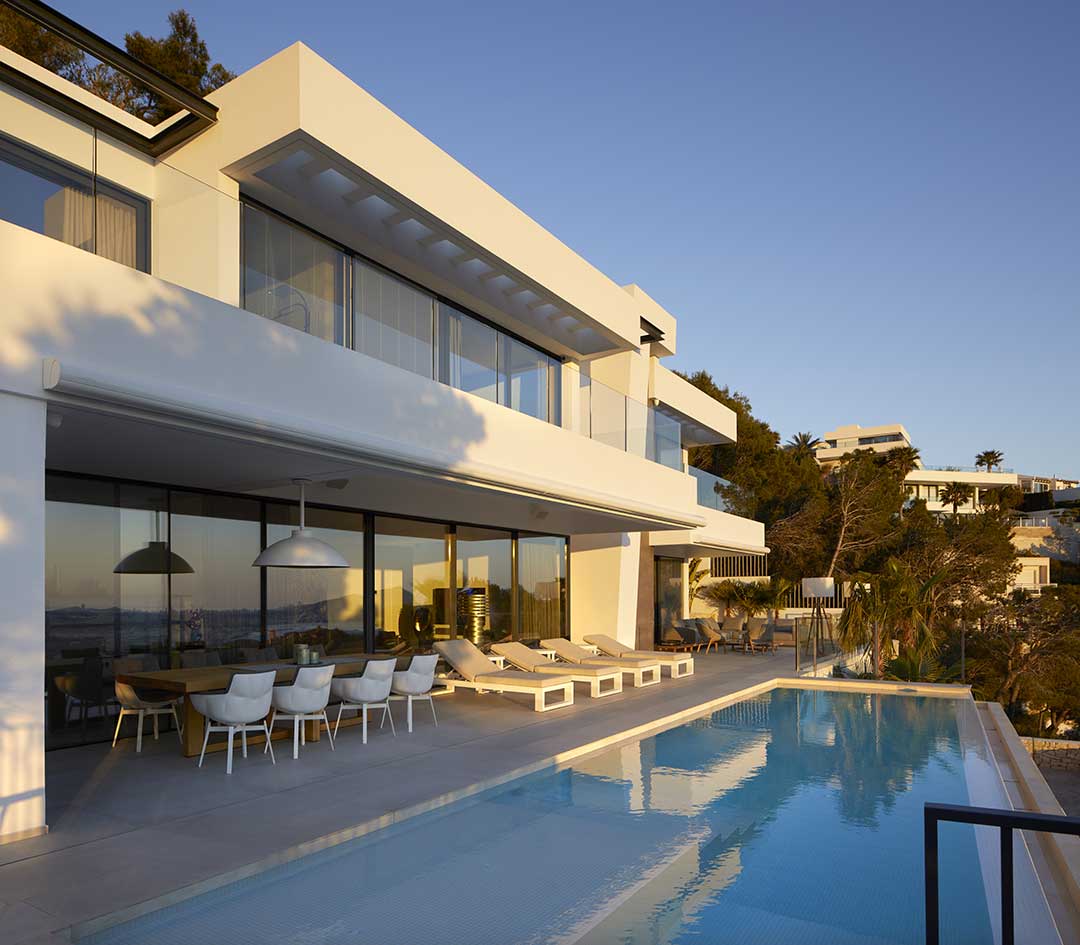 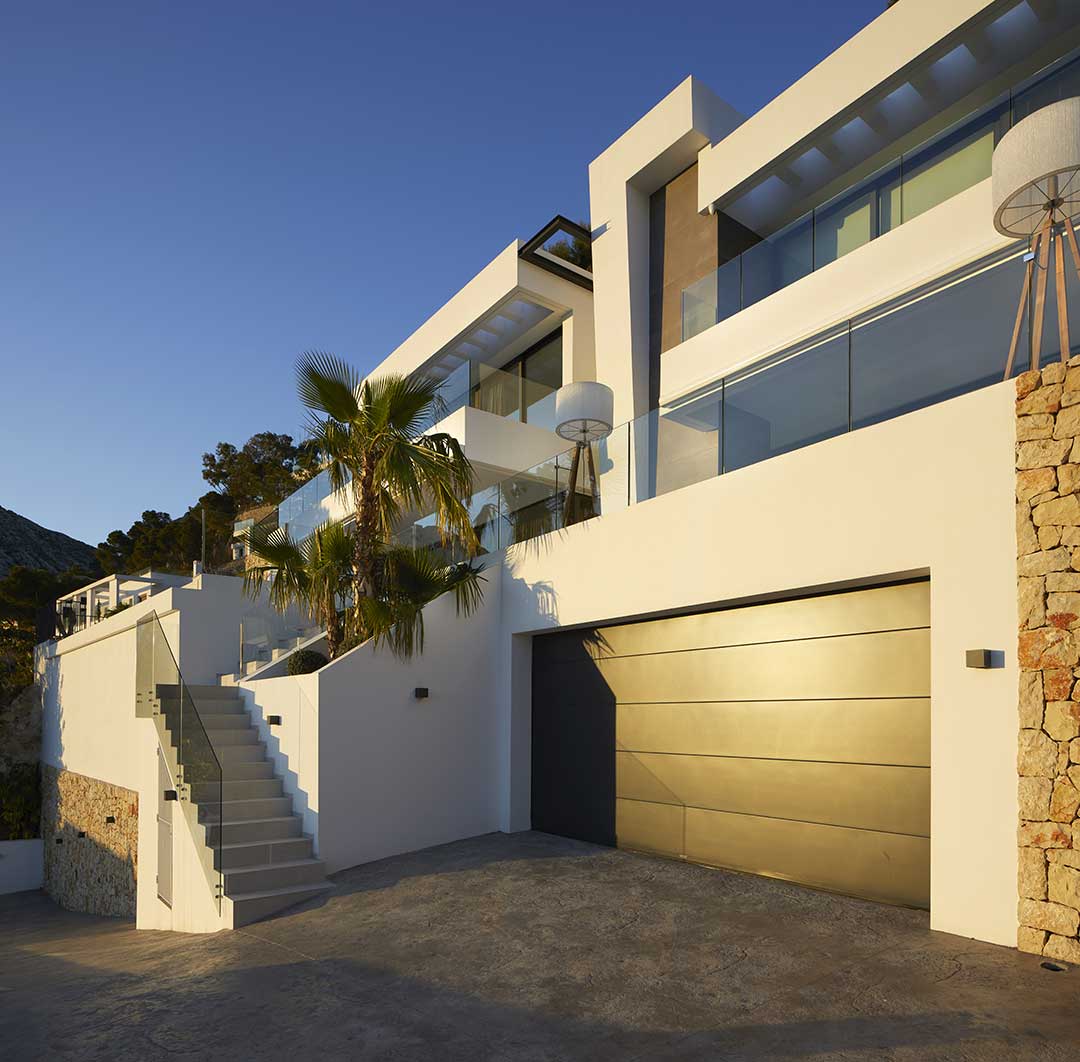 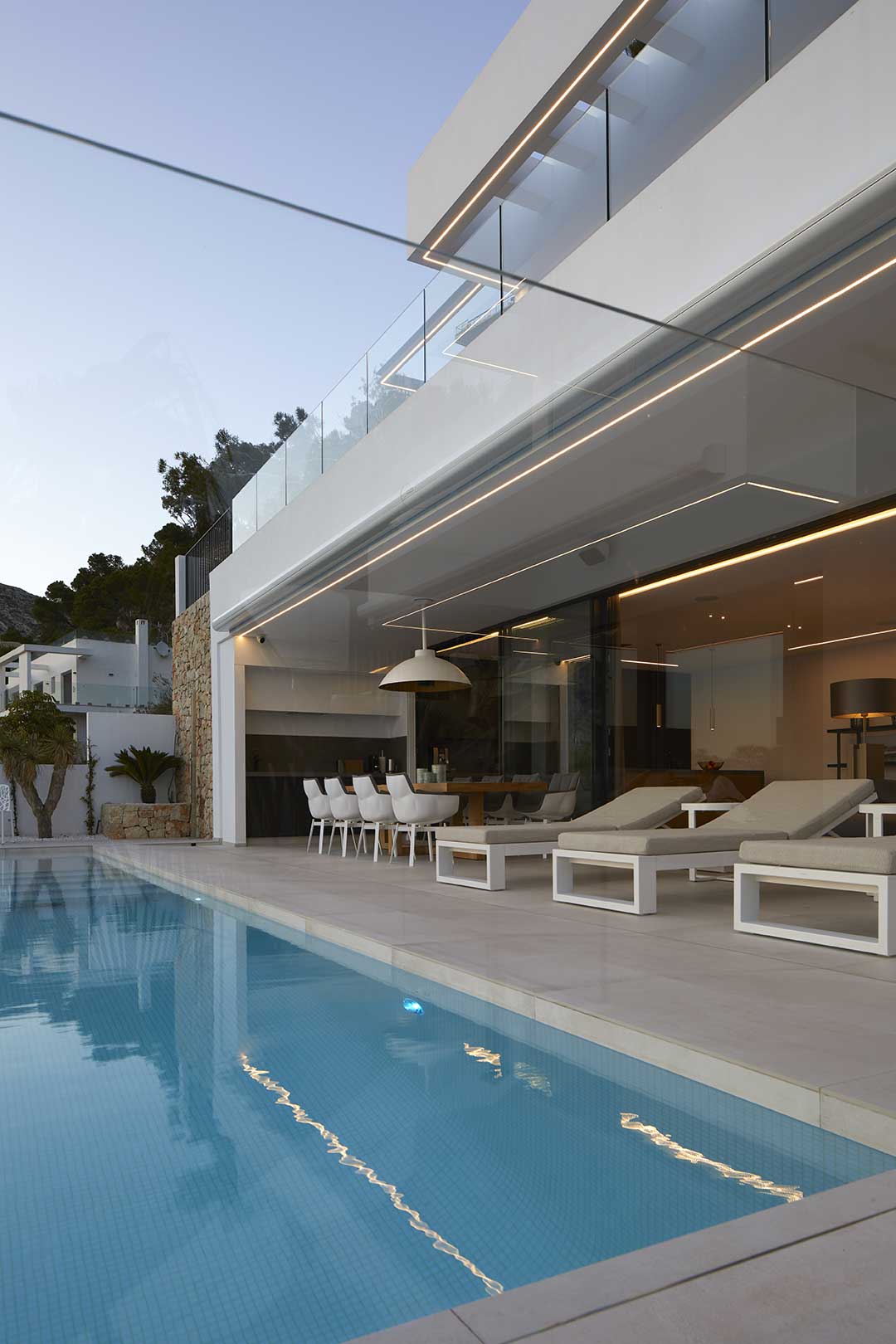 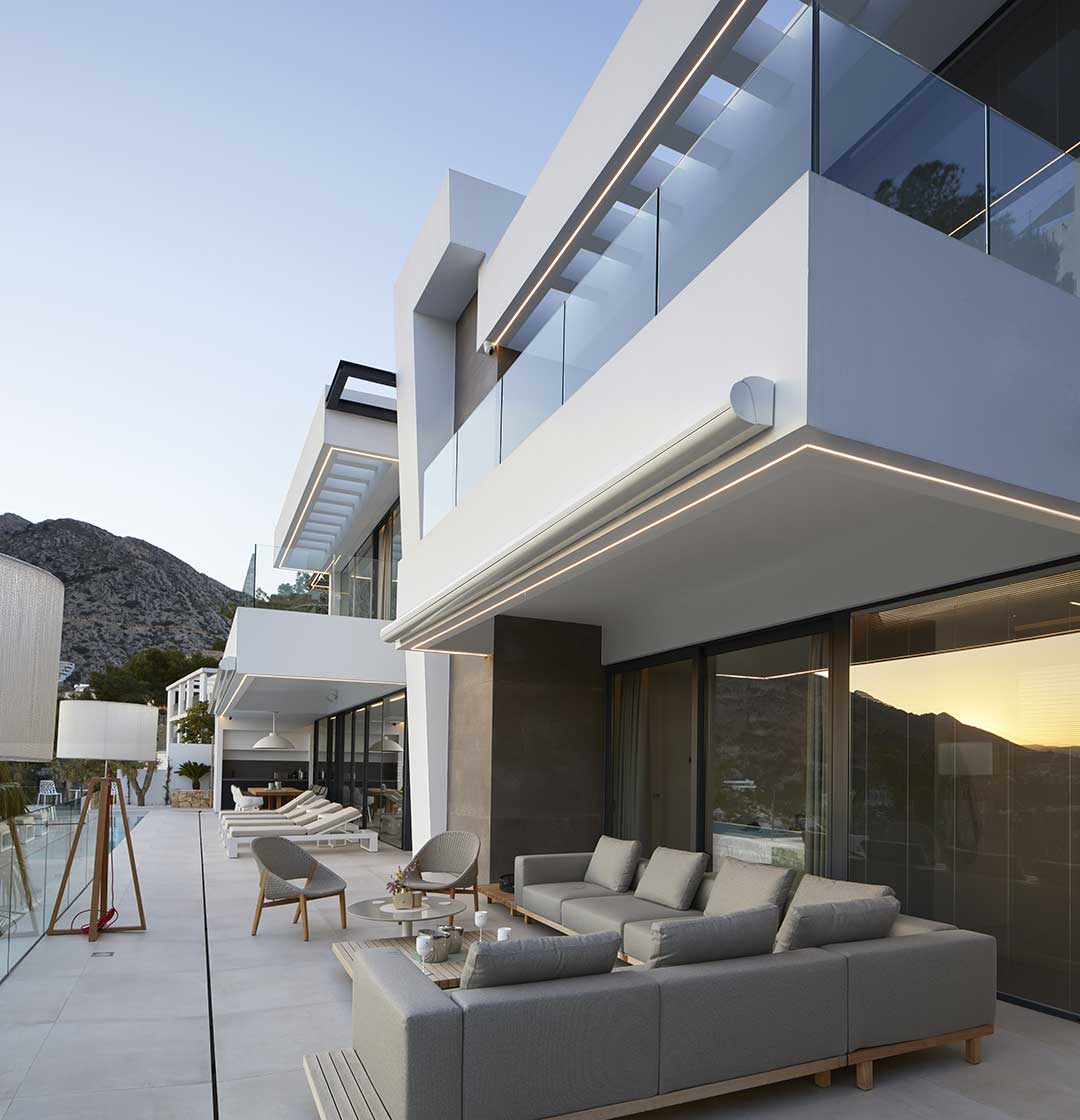 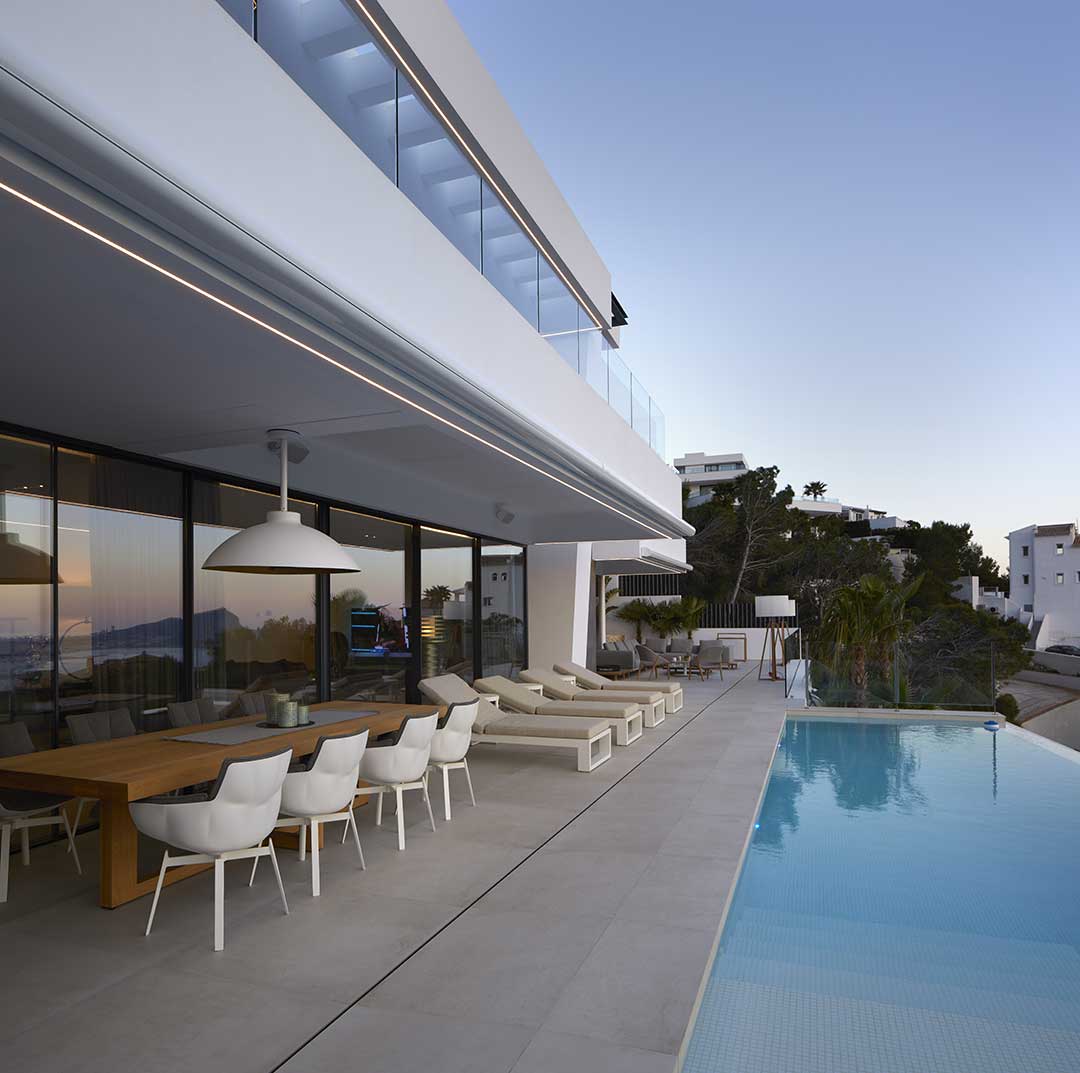 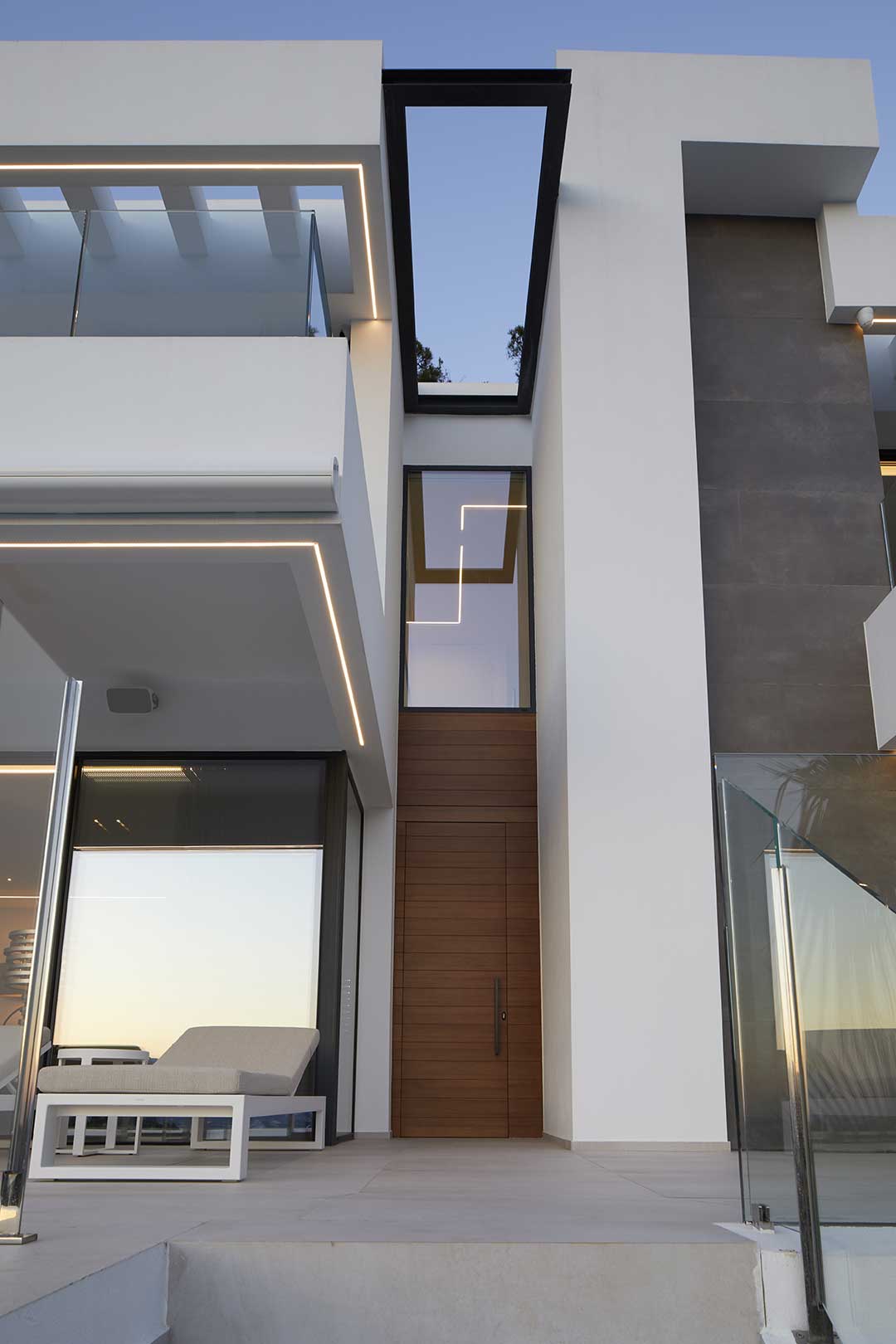 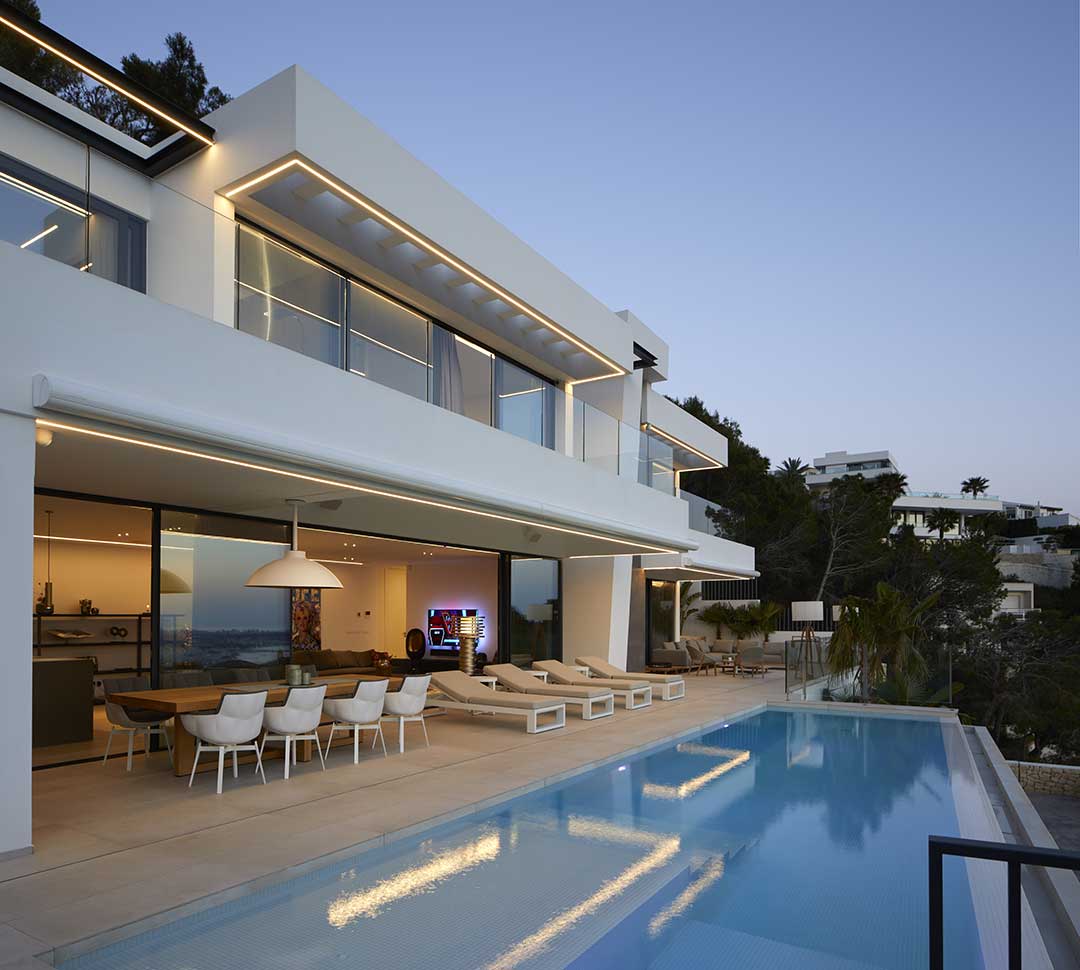 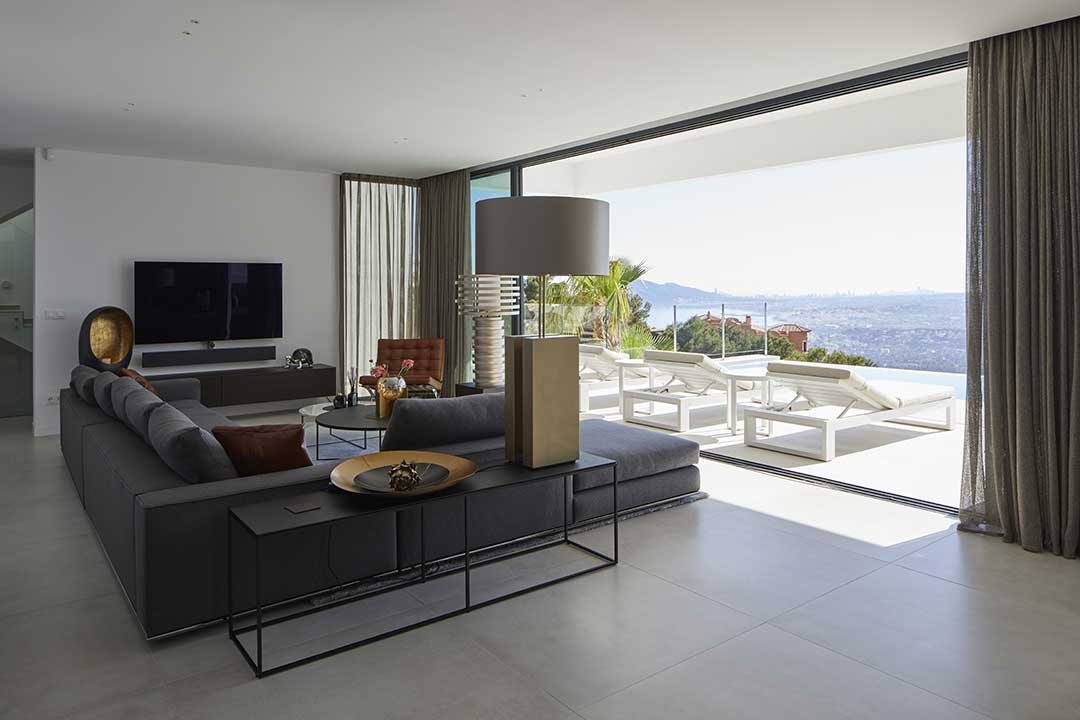 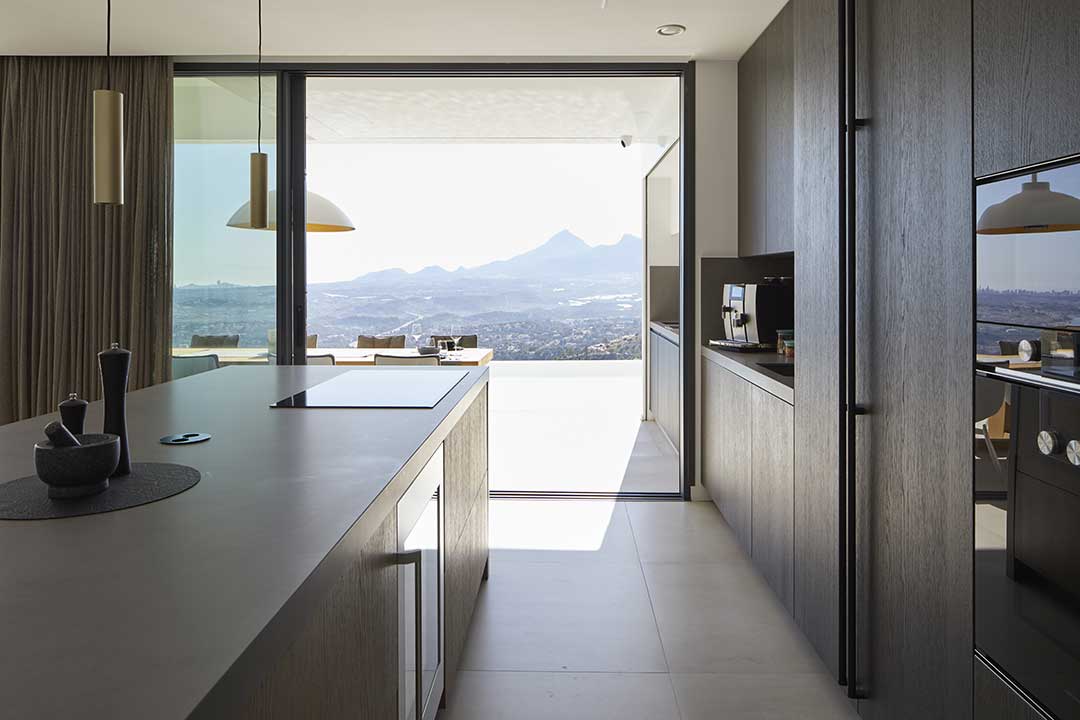 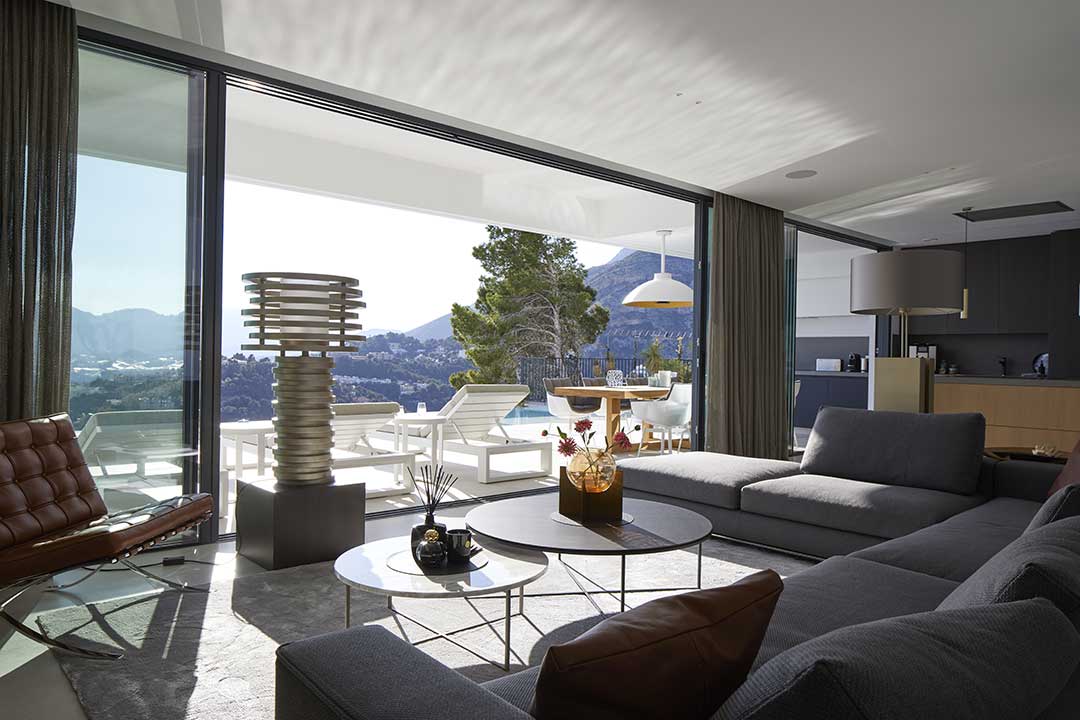 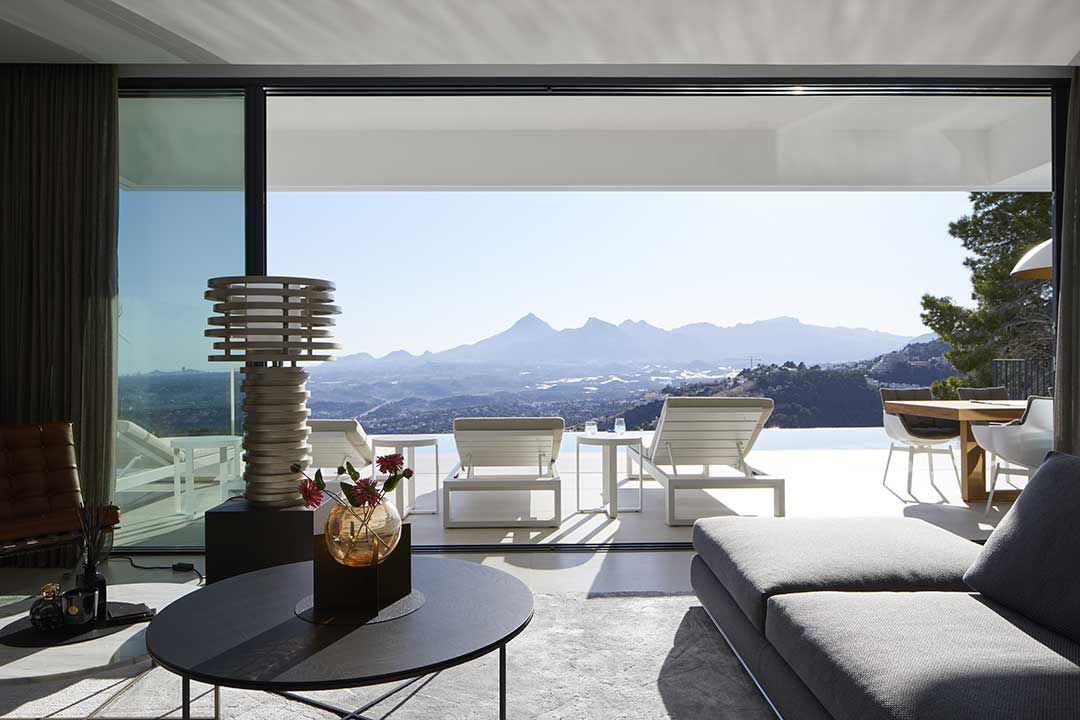 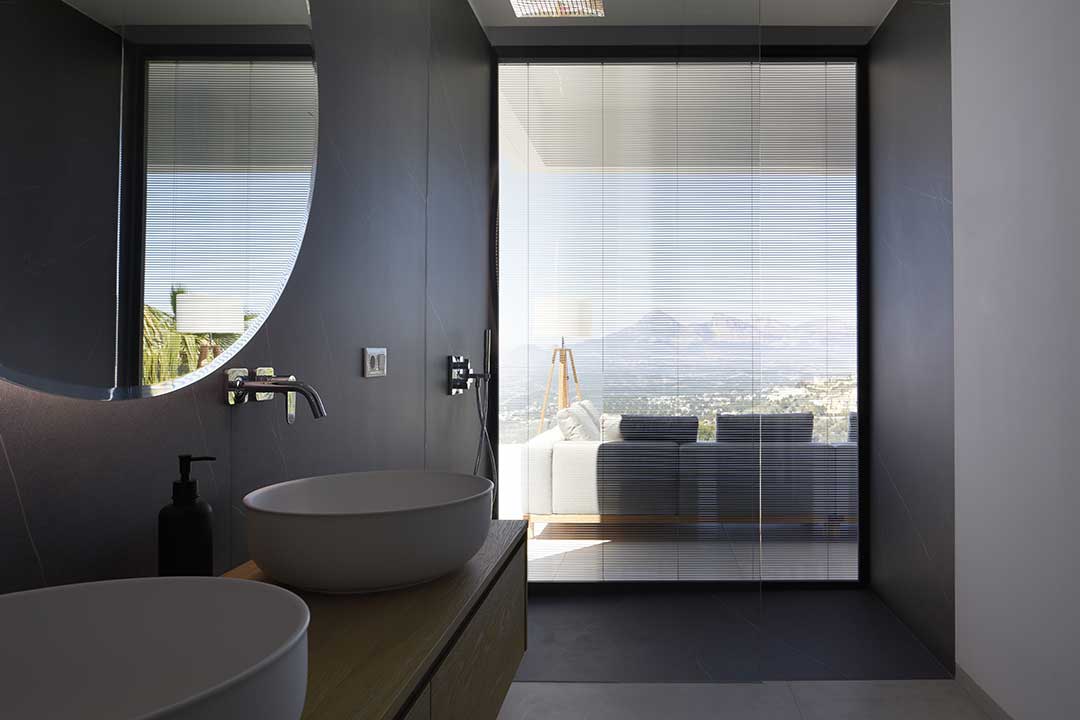 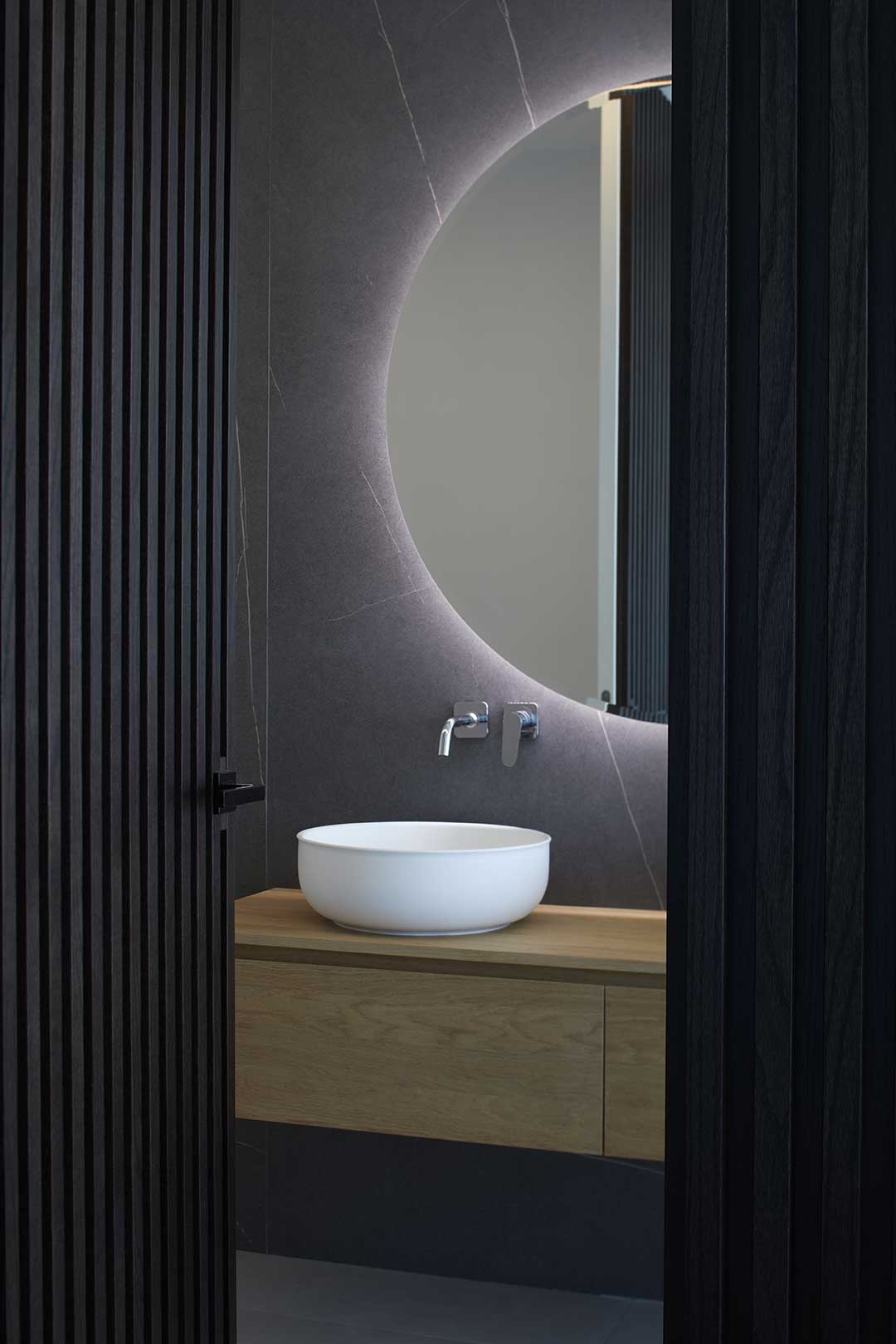 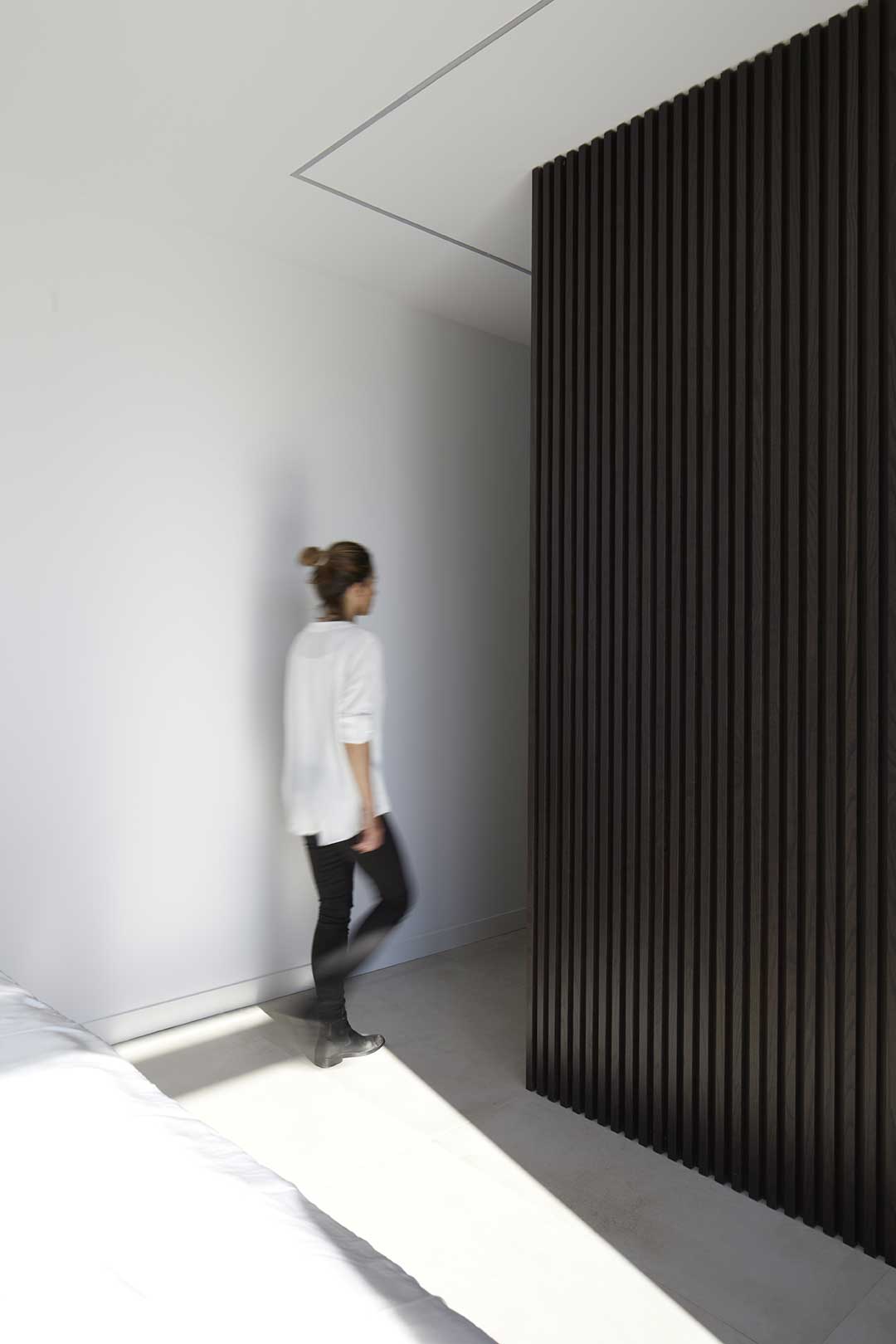 When a project is undertaken with very clear regulations whose vocation is integration into the environment, more specifically in the area of a mountain, this must be the main premise.

If it is combined with the fact that the promoters are looking for a rational, easily saleable construction (it is a house for sale), we already have the two fundamental ingredients that synthesize this house.

It is presented in such a way that its reading is clear: two bodies separated by the entrance and the communication core (elevator facing the facade), which in this case, instead of being offered to the landscape in an open, panoramic way, is worked as a box of a different material from the rest of the house, so that the distinction between the two parts of the house is emphasized. And it is precisely this vertical element that proposes in its envelope a slight inclination, a small shade before so many straight lines, before this commitment to rationality.

Rationality that of course is reflected in an absolutely functional interior distribution and with a certain versatility, as its sales objective demands.

The result is a house that appears from the landscape, in a clear, emphatic, rational way, but at the same time integrated in the element that contains it, in the mountain, in the natural.