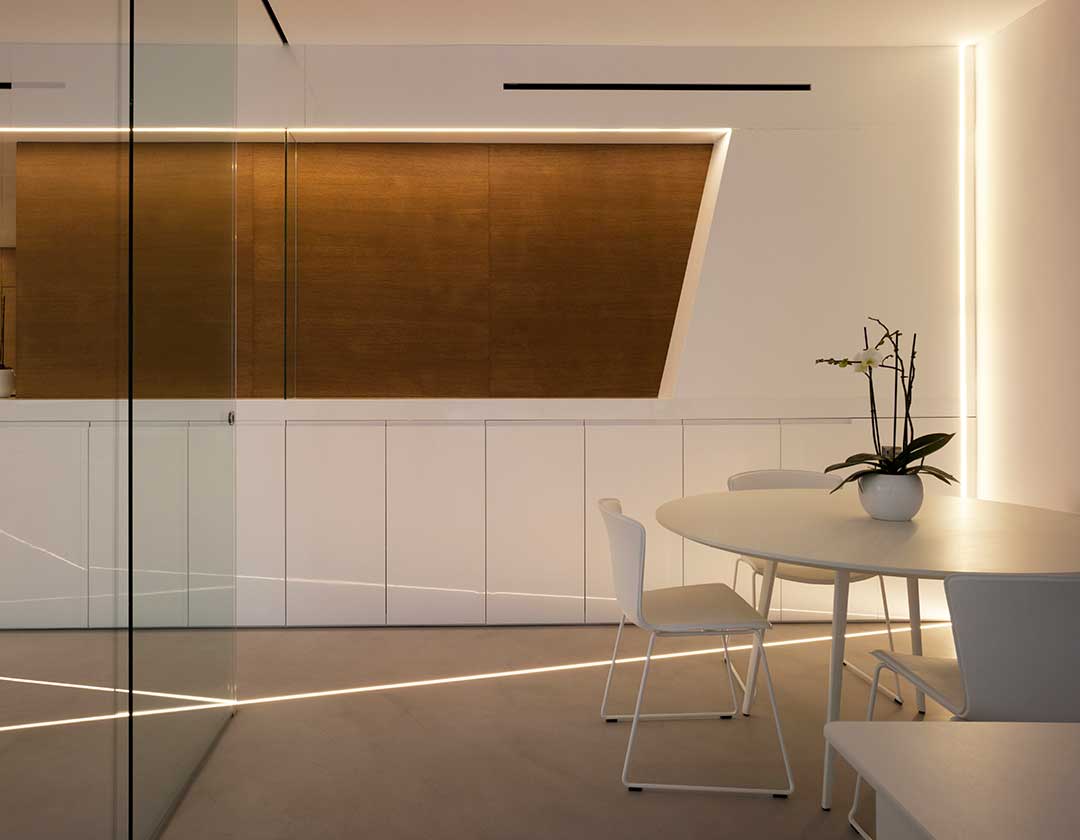 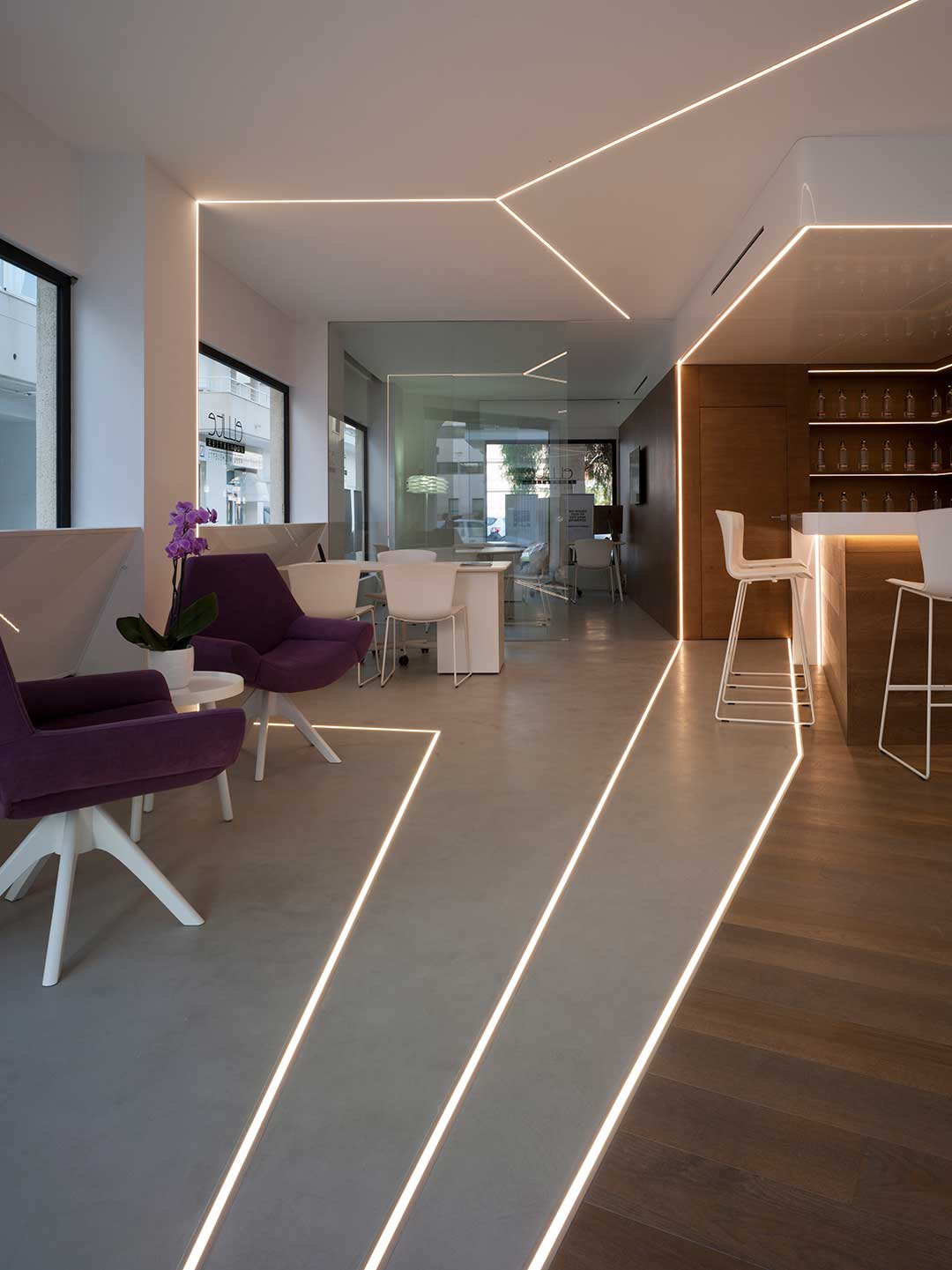 The project is located in local premises that should host the headquarters of a company with two different lines of business: on the one hand the real estate branch and on the other the construction branch.

However, the need to clearly separate the two, while maintaining a common area and a space as diaphanous as possible, suggested to us the idea that the lighting should be the element that would mark the differentiation between these two areas. In this way we used lines of light both on the floor and on the ceiling that, from the entrance located at the corner of the premises, lead us to the proposed uses, each one being on one side of the entrance, thus freeing the central space that was intended for common use. And it is this central space that becomes the protagonist, since it was decided to place in it, as a final touch from the access, a service counter as a bar counter that contributes, on the one hand to give the service and the image that the company intends to project and on the other hand, to articulate the different uses and spaces through its sinuous shape.

To highlight it even more, a noble material is used for its finish, both in the part of the pavement that leads to it, as in its front and in the bottom of shelves, in addition to framing it with gloss white lacquered wood, a frame that extends to the offices, thus linking all the pieces. The physical separations of these offices are made by means of glass, allowing to read continuously both the union with the central space, as well as the micro-cement pavement, which contributes to the feeling of spaciousness, continuity and diaphanous space. All in all, this allows the light to be reflected in them, creating a very interesting and dynamic play of light.